Capt. Brian had a trip yesterday afternoon and landed 7 big 'uns before dark.

posted by Capt. George Beckwith at 7:23 AM

Day 2 A three-way tie, we win on time, retirement, next year

Well, I'm humbled to say that our one tarpon caught at 9:05 on Saturday was enough to win the tournament.

It was still anyone's tournament to win on Sunday. Any of the 50 boats would have walked away with the tournament by catching a double header. Gene Wooster, last year's winner or Harry Ireland each caught one fish on Saturday, a fish on Sunday would have been enough for them to win.

Unfotunatley, the tarpon just didn't cooperate. Very few fish showed on Sunday and even less were biting. It was one of those days that they just weren't going to bite.

I would appreciate your thoughts and suggestions on how we can make next year's event a big one.

Although A LOT of fish have been seen this week, they didn't show today. 50 boats and only 4 boats hooked tarpon, fortunately, we were one of them and are currently tied for first place.

Capt. Brian Harrington and "Never Enough" are fishing with me......a dream team......a nightmare more like it. The intensity level is cranked up pretty tight. When seeing the scoreboard, we were shocked to find that only 3 fish were caught and so few boats saw fish. We had them around our boat and within our lines for most of the day.

There is nothing, let me make this clear. There is NOTHING more frustrating than to have tarpon rolling so close to the boat that you can see their eyes and look down their mouths.......and they just won't bite.

They are only forcing us to become better fishermen.

This week I have been around A LOT of tarpon and I've seen a lot of tarpon caught right next to me.

I'm ready for some payback.

Thank you all for making this trip with Evan so memorable. As Anna said, you never know with fishing, but we've all seen plenty of anglers snatch defeat from the jaws of victory! lol Both of George and Brian were very focused and worked hard to give us the best trip possible. Evan and I have done a good bit of fishing and traveling over the years, and this was a special week for us. With college and sports coming we might not be able to do this next summer and I wanted this trip to be really special. 3 big drum and 2 tarpon plus one freaking giant tarponv later in the day.
We are happy guys!!

Anna, for the certificates, Evan Graeme Jones (45 inch drum, two tarpon) and Andrew Graham Jones (42 inch drum, one tarpon) Address is below. Anything else?

got the pups this morning and saw a few tarpon. Had an afternoon tarpon trip, but the wind was up, we saw a few fish, but no bites so went drum fishing and saved the day with 3 big 'uns. Yes, they're here.

.....but the Bullpen took me to school, catching 4, including a double header tarpon, right beside me. Ouch.

I've been on both sides of that fence. They are some very frustrating fish, I would have been demoralized if we didn't catch one after seeing so many fish over such a large area.

In the last two days, I've seen and fish have been hooked from "China Grove" to Brant Island and everywhere inbetween.

very encouraging this morning, saw a lot of fish and actually hooked another one......and lost it.

Well, I still haven't caught one. Spent 2 good days of effort and caught an old drum and jumped one tarpon off after 3 jumps. Yesterday, I looked very hard, for very long and never saw a scale.

I heard rumors of tarpon in bait balls from MHC to Topsail. I went looking today. Yes, I have the bug bad. Cloudy and dirty water along the beach, I did find a bait ball and headed offshore. 9 grouper, 5 nice sea bass, PLENTY of sharks and 3 aj's, all drifting very small menhaden.

Coming back to Oriental, we took a look around....another one of those 12 hour days......and we did see a couple of fish, but didn't get a "reaction".

Well, it sucked. Glad they're fishing again tomorrow so we have a chance to make it up to them..... 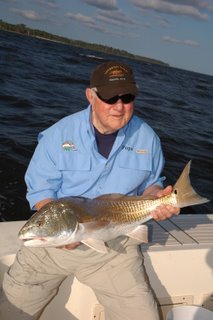 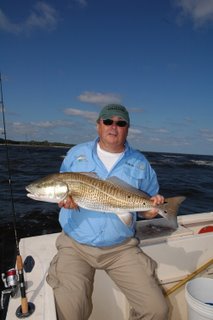 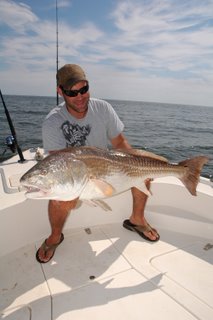 What a difference a day makes

Yesterday in the "blow" was fantastic. Slicked out today and the good fishing pretty much dried up. We did catch a BIG, big drum and fought a tarpon that ended up jumping off after about 10 minutes. Sure was good while it lasted.

Anna playing with the kittens. 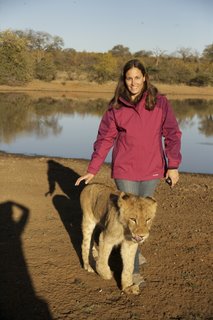 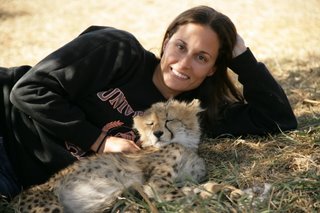 posted by Capt. George Beckwith at 5:22 AM 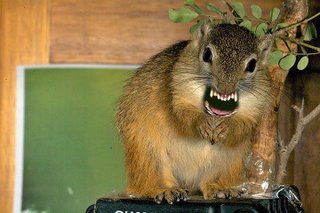 posted by Capt. George Beckwith at 5:17 AM

What? All of it. First fish of the day, first day back, 38 inch drum, followed by 30 more, most over 30 inches, also 10 trout, 6 of them two footers. Bigger? OK, Capt. Brian caught double digit old drum and Capt. Phil saw as many tarpon as he's seen in 6 years, catching 1 of 2. Hope to try 'em tomorrow.

Enjoy some pics, fish pics will be next. 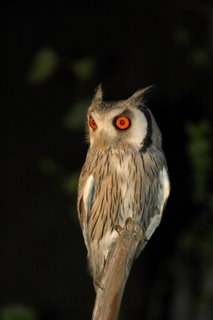 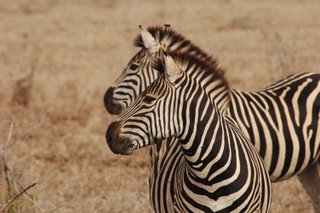 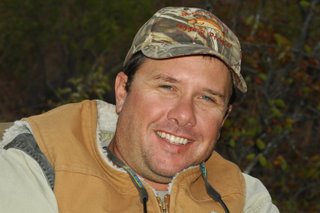 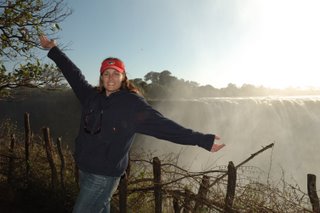 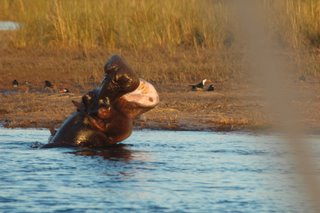 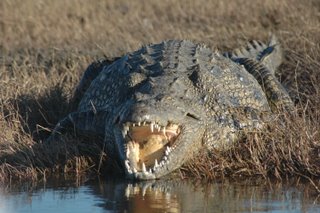 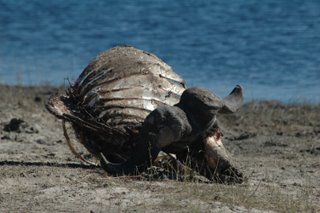 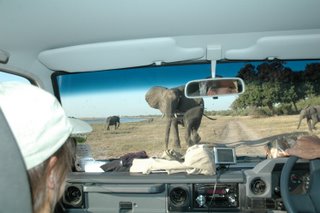 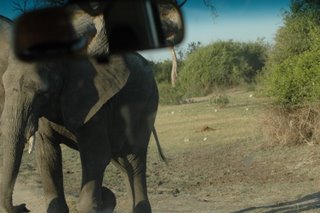 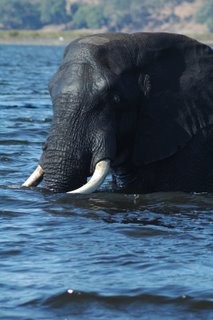 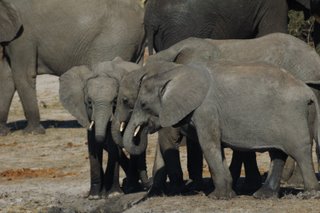 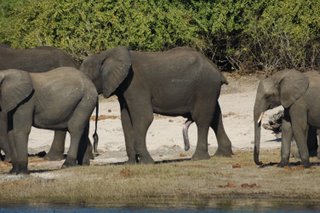 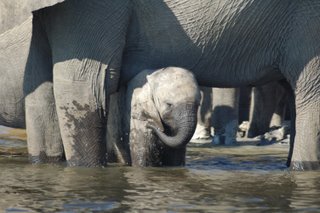 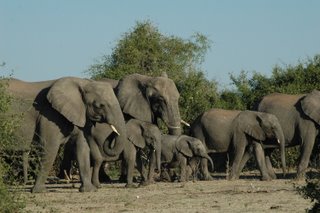 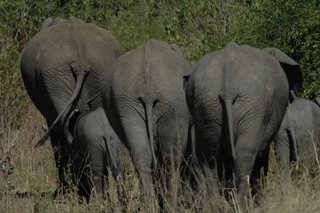 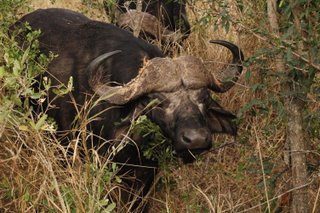 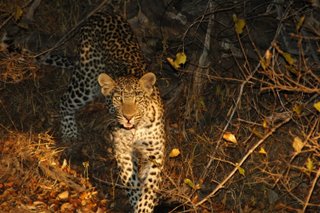 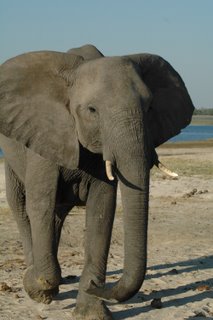 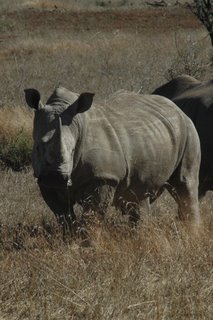 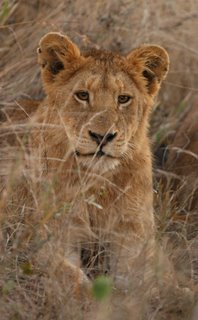 Tarpon are thick and Out of Africa

Just got back and just in time.

Working on putting some pictures up, including pictures of the most dangerous animal in Africa...I was attacked again but fended off the beast with only minor facial injuries. ..the tree squirrel.

Congrats to Capt. Phil Ambler, the last I heard he was 1 for 2 on the tarpon and a big drum. Not bad for a full moon.

We're out of the "bush" and in "civilization" today so I'm catching up on some e mails, but we'll be on the road again tomorrow. Hopefully, I'll get some more pics up and some reports from NC.

I did get a report from Costa Rica, sounds like the tuna are snapping, the Dragin Fly fished a couple of days this week, catching 10 big tuna, 7 dolphin a few sails and a nice marlin.

posted by Capt. George Beckwith at 6:15 AM