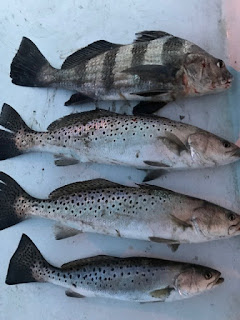 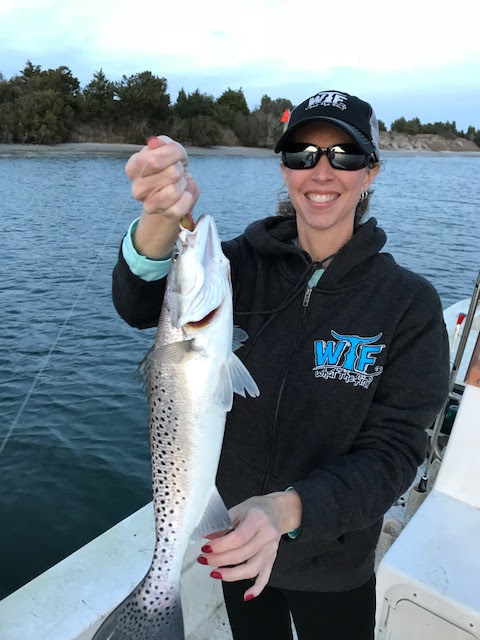 Merry CHRISTmas and sorry for the slack posts

I have been slack in posting, will follow up with some pics from the past week or so.  Trout fishing has been good at the beach and in the river.  Up the river, the stripers have been a good addition to the trout bite.

I've been in Miami to enjoy the smell of Cuban roasted pigs, big families and adorable kids.  Over the past 15 years being a part of that family I have seen some of those kids grow into men and women who are now having kids of their own.   It is amazing to see what they have accomplished and the value that they have added to our country in only one generation.

Sounds like things have fired off in Costa Rica with a good show of sailfish arriving, continued daily multiple shots at marlin and dorado and tuna for dinner.   I think it's going to be a great year and we still have some good boats open, this is from a customer of ours today:

Hopefully this cold weather and frozen forecast will not bang up the trout.  Will keep you posted on what we see.  I will be messing about with ducks for a few days before migrating south.

Wow, it has been good.   Attached are some pics from Ashley King.  He is a trout man and we will be glad to help get you out there with him this upcoming year.   Hopefully the hard freezes will stay away.   These are some pics from the past couple of weeks. 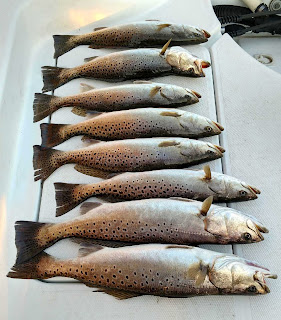 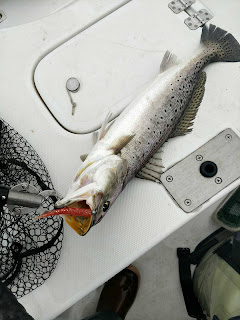 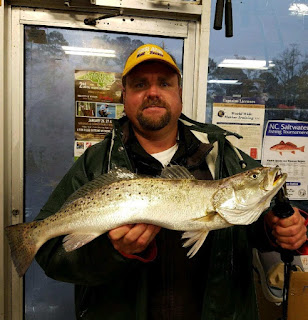 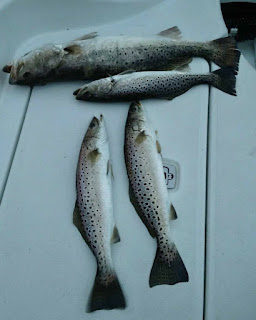 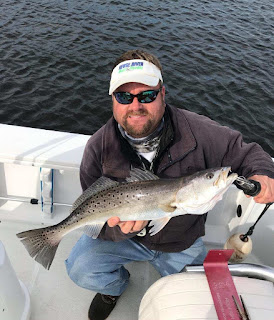 Wow. A lot of crocs

in my snook hole today
Raul and I were debating if the one between us and the other side of  the river was larger than 3 meters.   I was debating on whether I was going across until the one we didn't see surfaced and ended all debates.  It was definitely a 10 footer and I was not crossing the river