Beaufort snow......very pretty, but honestly, you can have it.

Which picture is not Costa Rica? 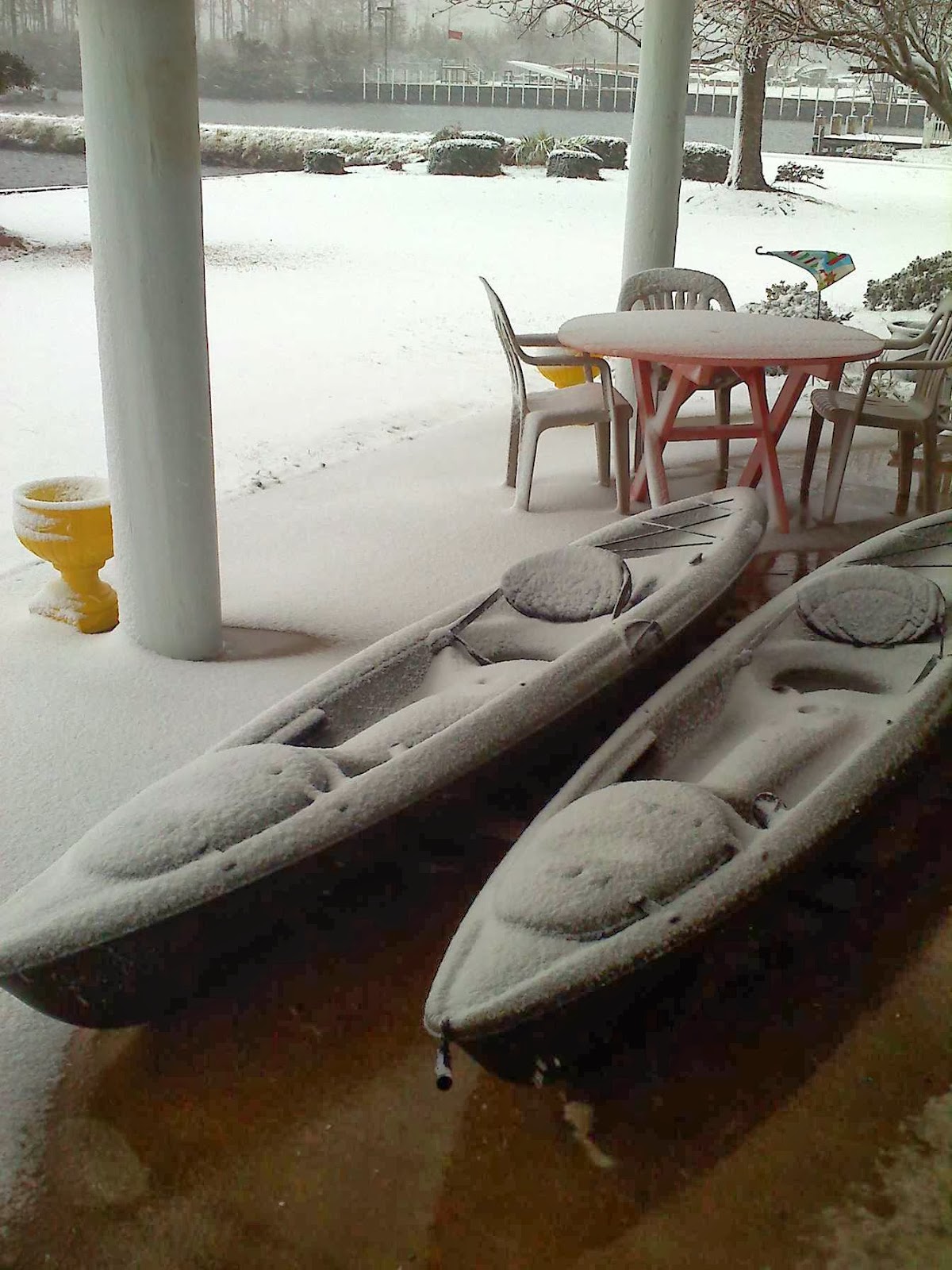 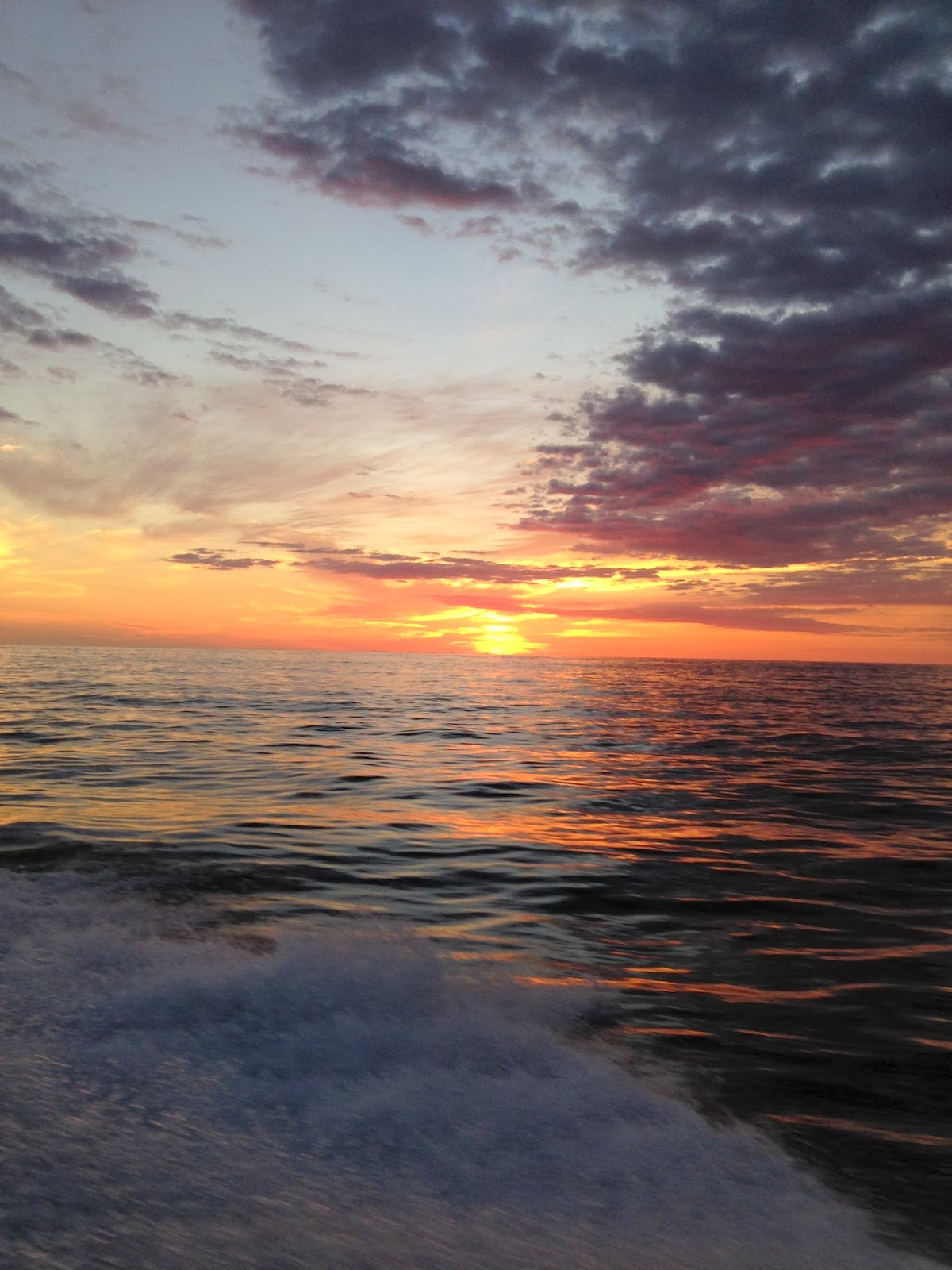 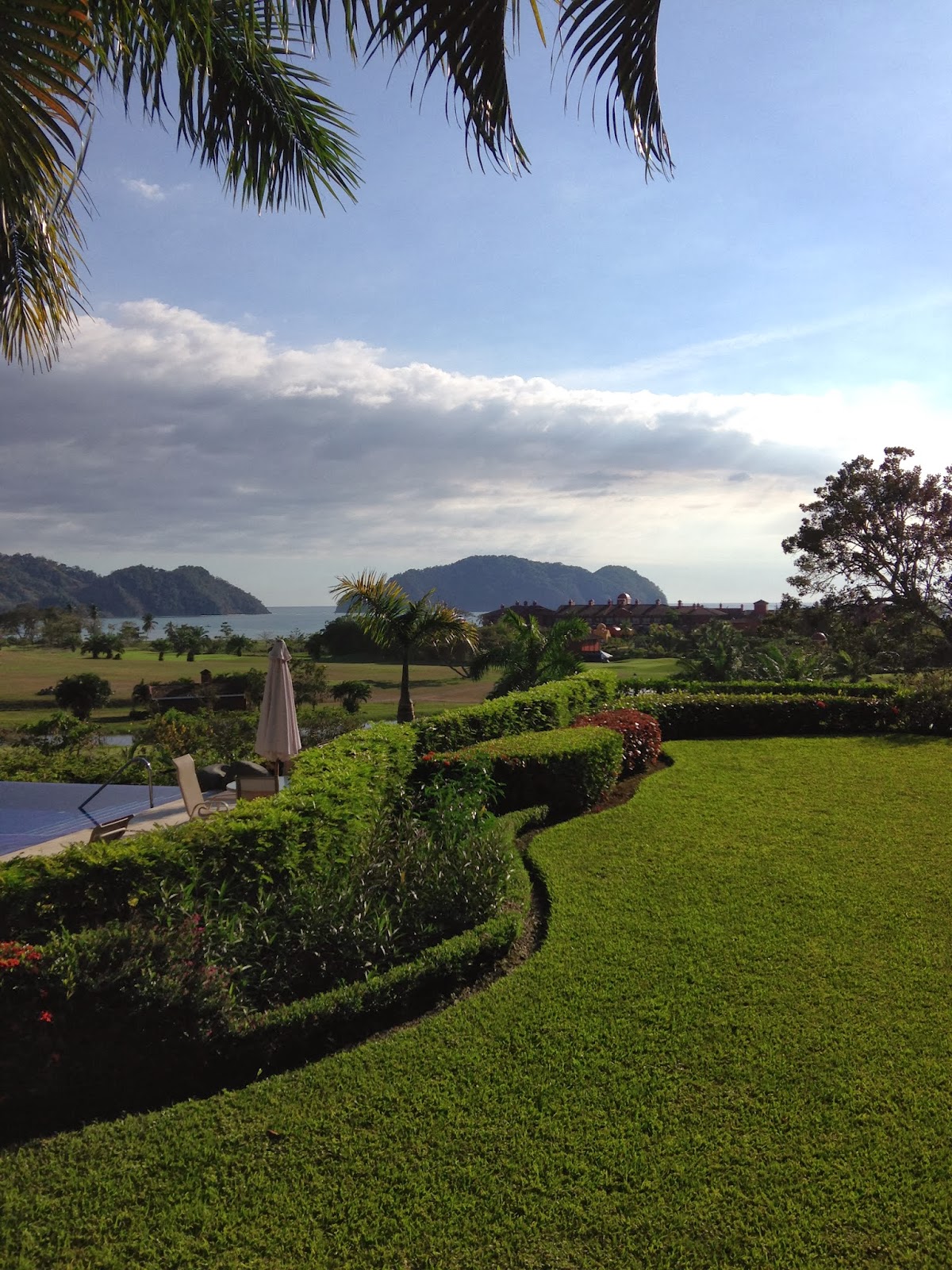 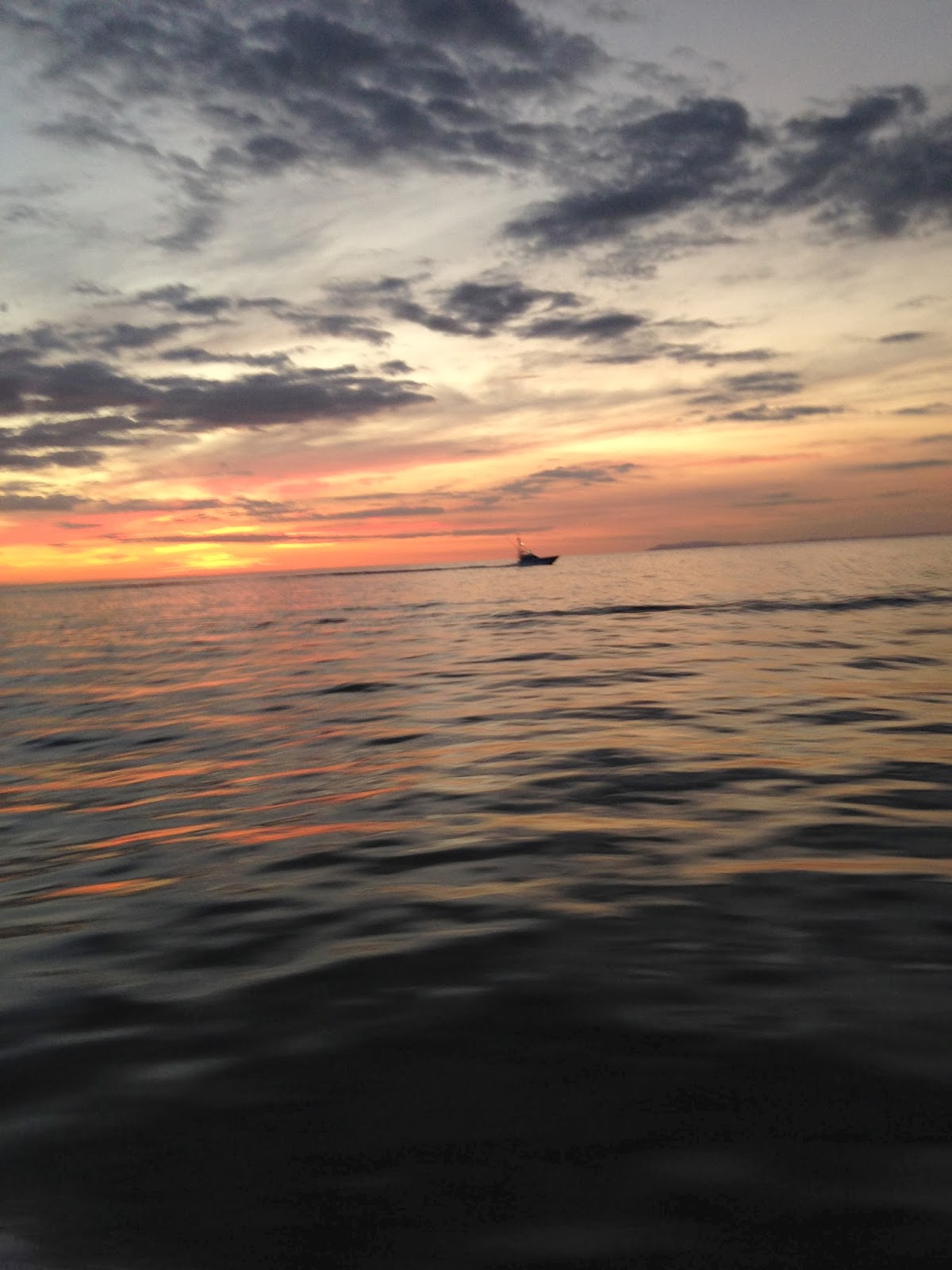 Fishing remains spectacular with double digit days going around for the whole charter fleet.  In addition to 20+ sails, we landed 2 big gaffers and 5 tunas.  May do a little bottom fishing today. 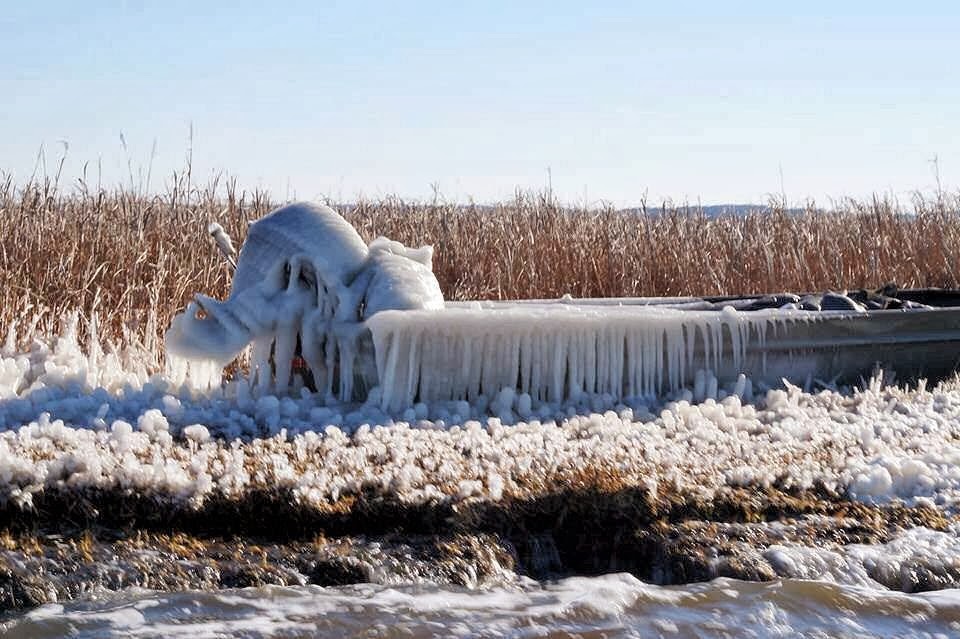 Gotta love duck hunting to put up with that crap.   Still some great boats open in a land where the only ice is in your drinks.

On the way to the awards ceremony.....

.....to congratulate the winners....not us and the details are still fuzzy on how 2nd and 3rd place worked out.   First place was Extasea with 70some fish, Spanish Fly, Sea Fix and Sea Angel were all right there together on time.

We were in or out of the top 10 on time, still not sure exactly where, a lot of boats with 60 fish for the 3 days, we had 61.   Yesterday was Validation with a capital V after a pathetic day 1.   Today, we learned that we have a lot to learn.  Capt. James, Berto and Marcos did an excellent job with the preparation of baits, lines and tackle.

Capt. James gave us enough shots that we should have been able to sleep in this morning and watch cartoons.

Don't count us out just yet :)

We started today much as we did yesterday, early bites on which we could not connect, but James stuck with it and we got on a little hot streak, finishing up for the day with 34 sailfish releases and climbing from the bottom of the pack to within striking distance of the lead.

Yesterday a zero in last place, today a hero, winning the daily.  We've got some work to do tomorrow in this 3-day tournament.   NEVER GIVE UP!

We are redefining the term "Hero or Zero".   Team Dragin Fly was pretty much out to lunch all day today in leg 1 of the Los Suenos Triple Crown.  Capt. James made a bold move and tried to stay out of the fleet, where we caught 20+ fish yesterday, 10 of them in the first hour.   This morning we started off with a couple of sancochos and got completely covered up with bonito.  Meanwhile, the radio was blowing up from several boats who stopped on a nest of sails first thing, one boat called in a quad within minutes of setting bait in the water.

We couldn't stand it and picked up and made the run, in the hour and a half that it took for us to run there the rest of the fleet caught almost 200 fish.  After we arrived, the big party was over, but there were still plenty of fish around, if we could hook them......NOT.   Out of the two dozen shots that James gave us, we caught 6.

After battling for last place all day long, when lines-out was called, we had a secure hold on it.   Dead Last.

It’s all about averages and ours is pretty low, hovering around 50% of releases for the bites that we’re getting.   James looked down at me from the bridge today and asked if I wanted to hand the rod up to him so that he could hook a fish for me so that I knew what one felt like.    He was smiling when he said it.

That's what we've been.  We have had a lot of groups of friends here in Costa Rica over the past couple of weeks, sometimes it's like herding cats, but all is going good.  The fishing has been exceptional with a big wave of sailfish that have settled into the area.  For the past couple of weeks they've bit one day, then been off the next day, but even on the slow days, everyone is getting a couple turns and most days end up with double digit releases of billfish for the boat.   The last few days, we've had 5 anglers who have had double digit days!   Today, we nearly set the boat record.

It is going to be a very interesting tournament with this many sailfish around.   Keep an eye on the reports, tourney starts Thursday.  I get to go fishing tomorrow for the first time in over a week!

Pics from this week 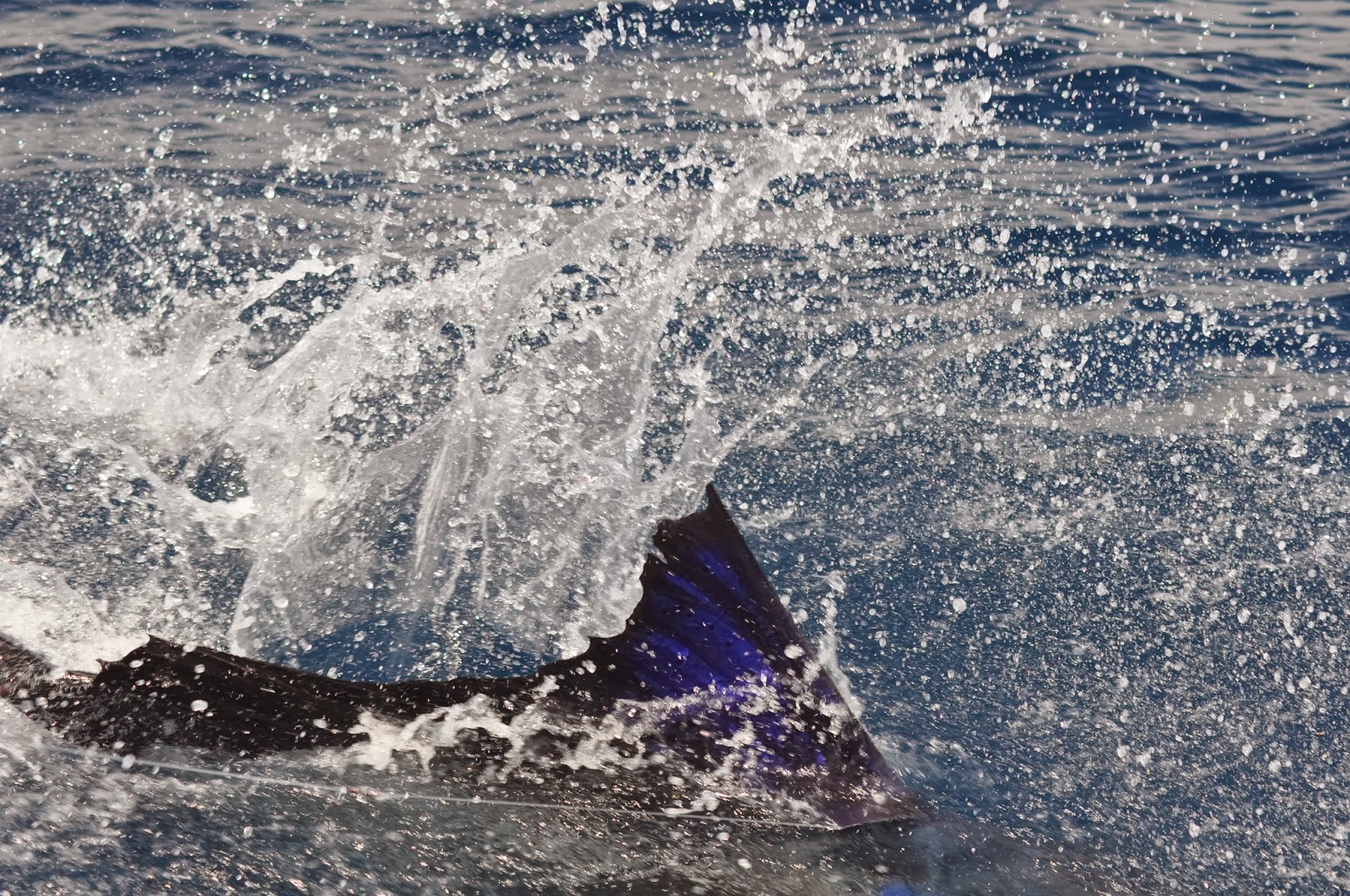 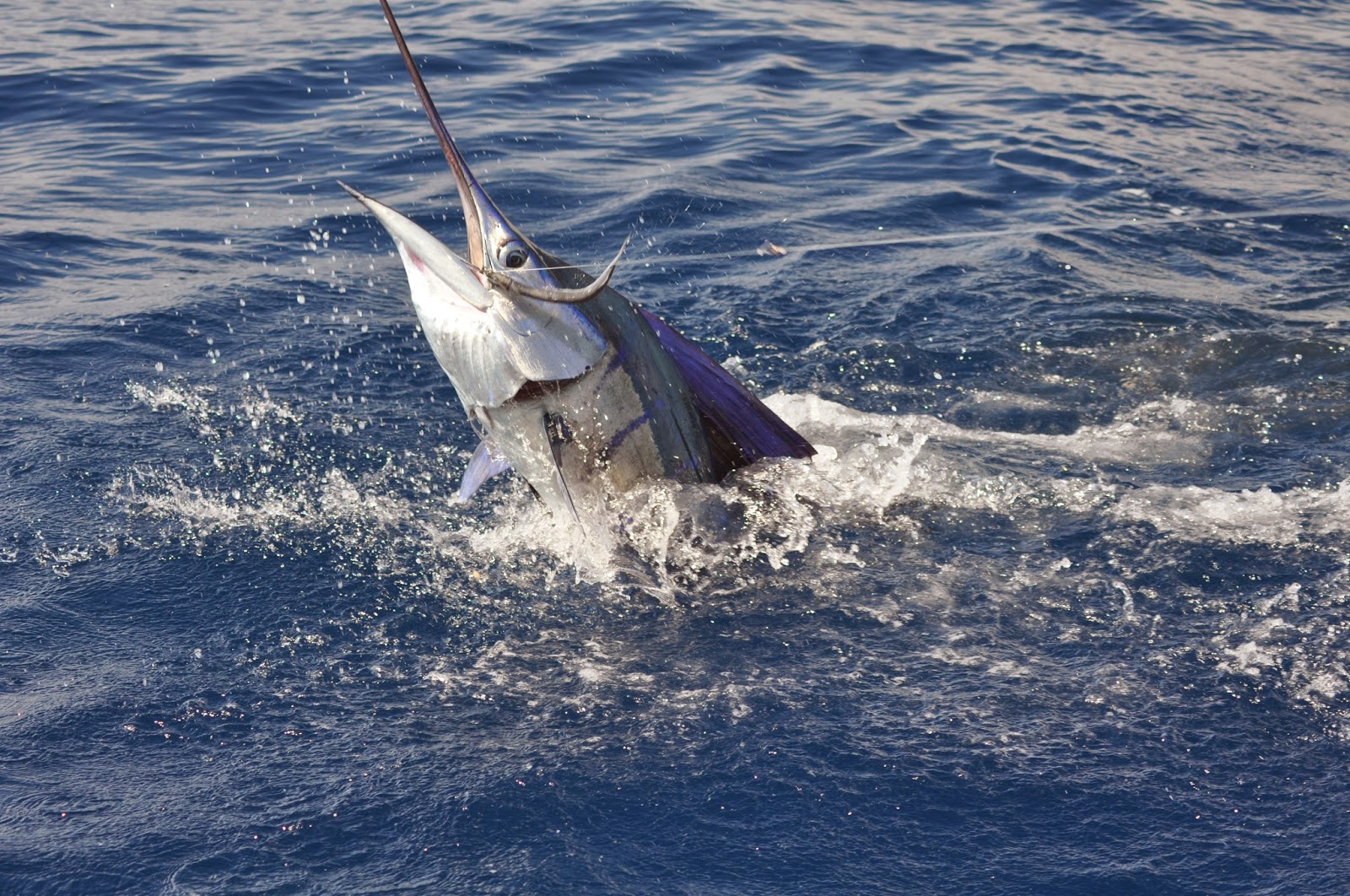 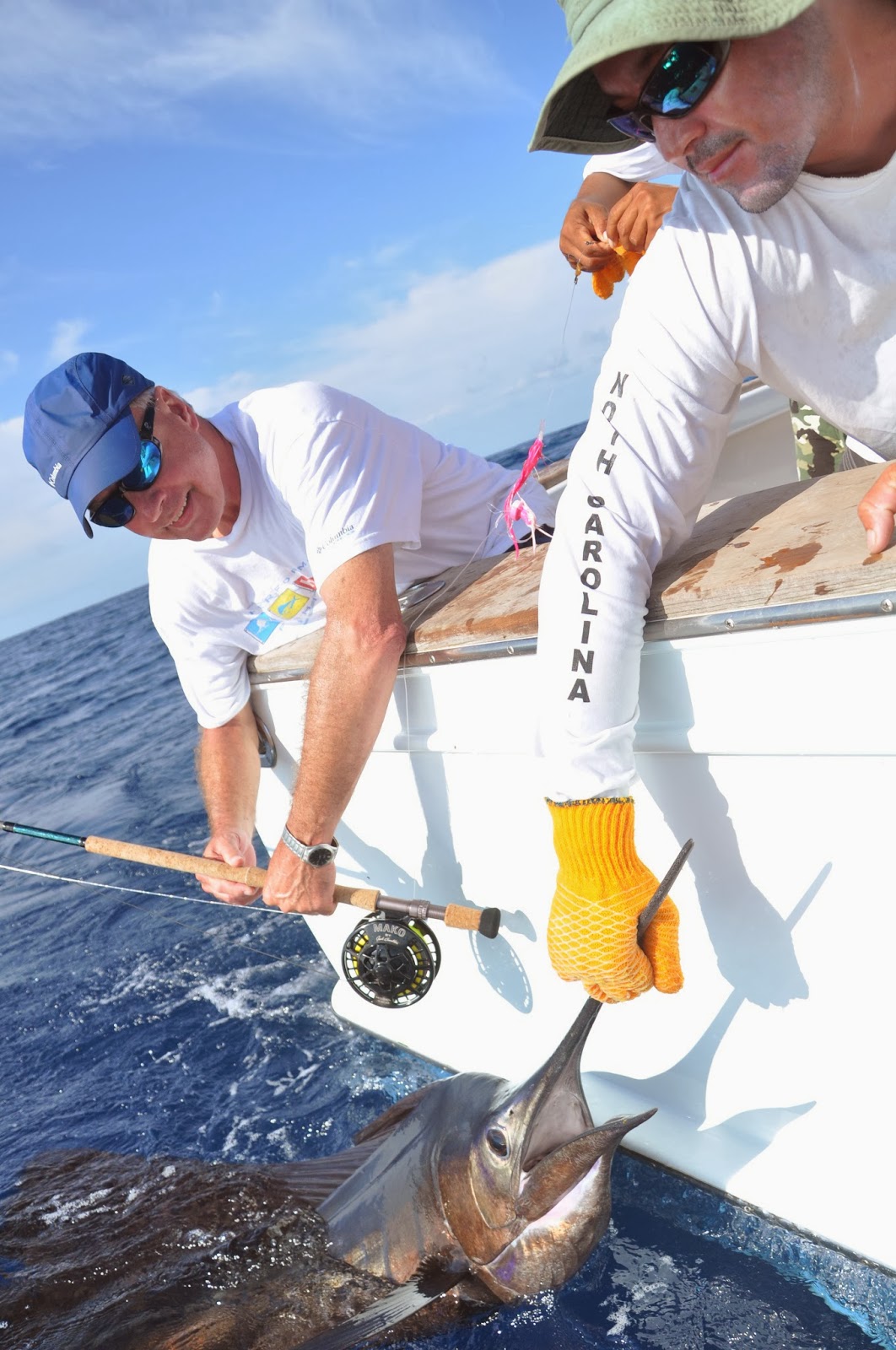 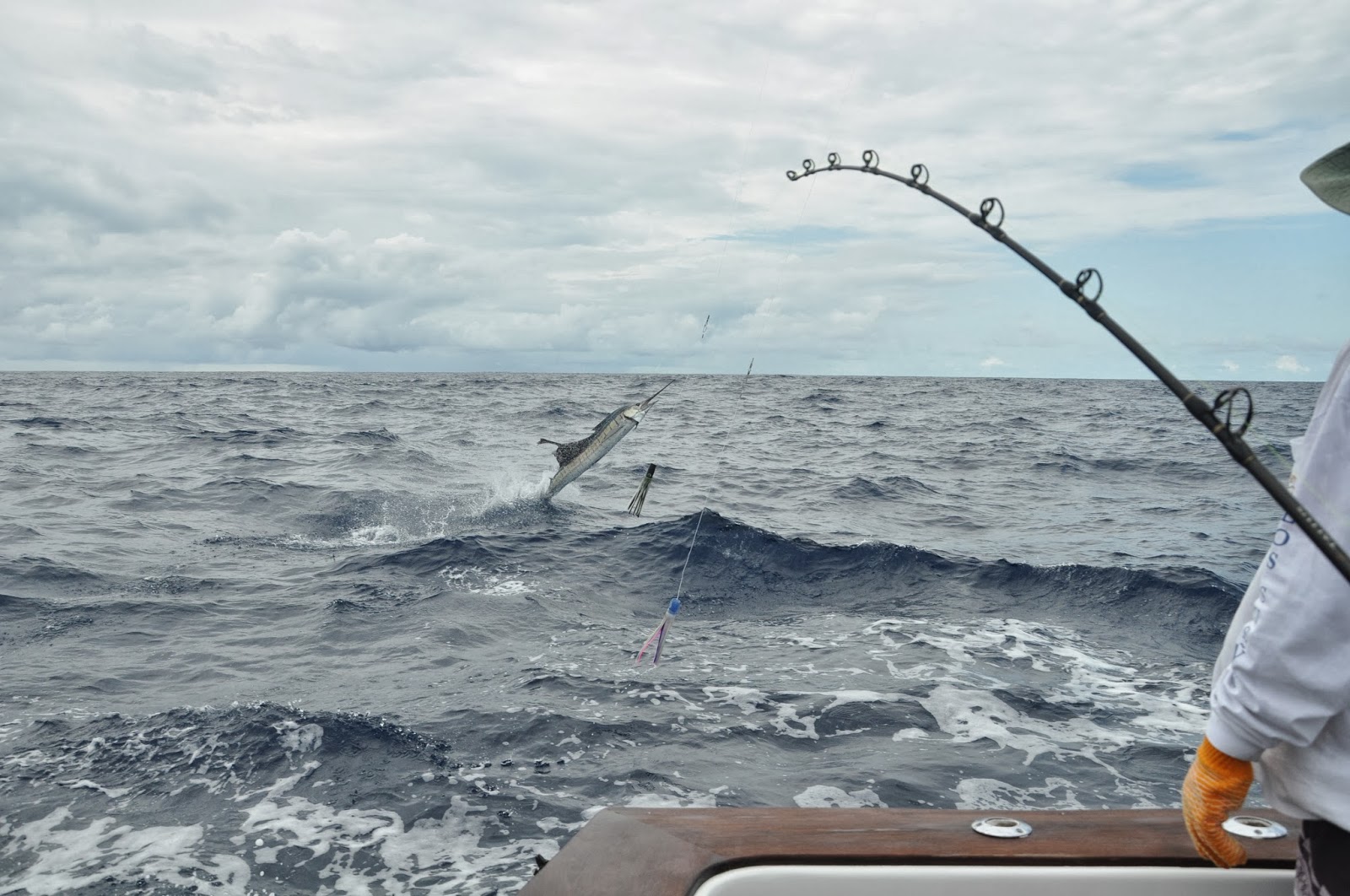 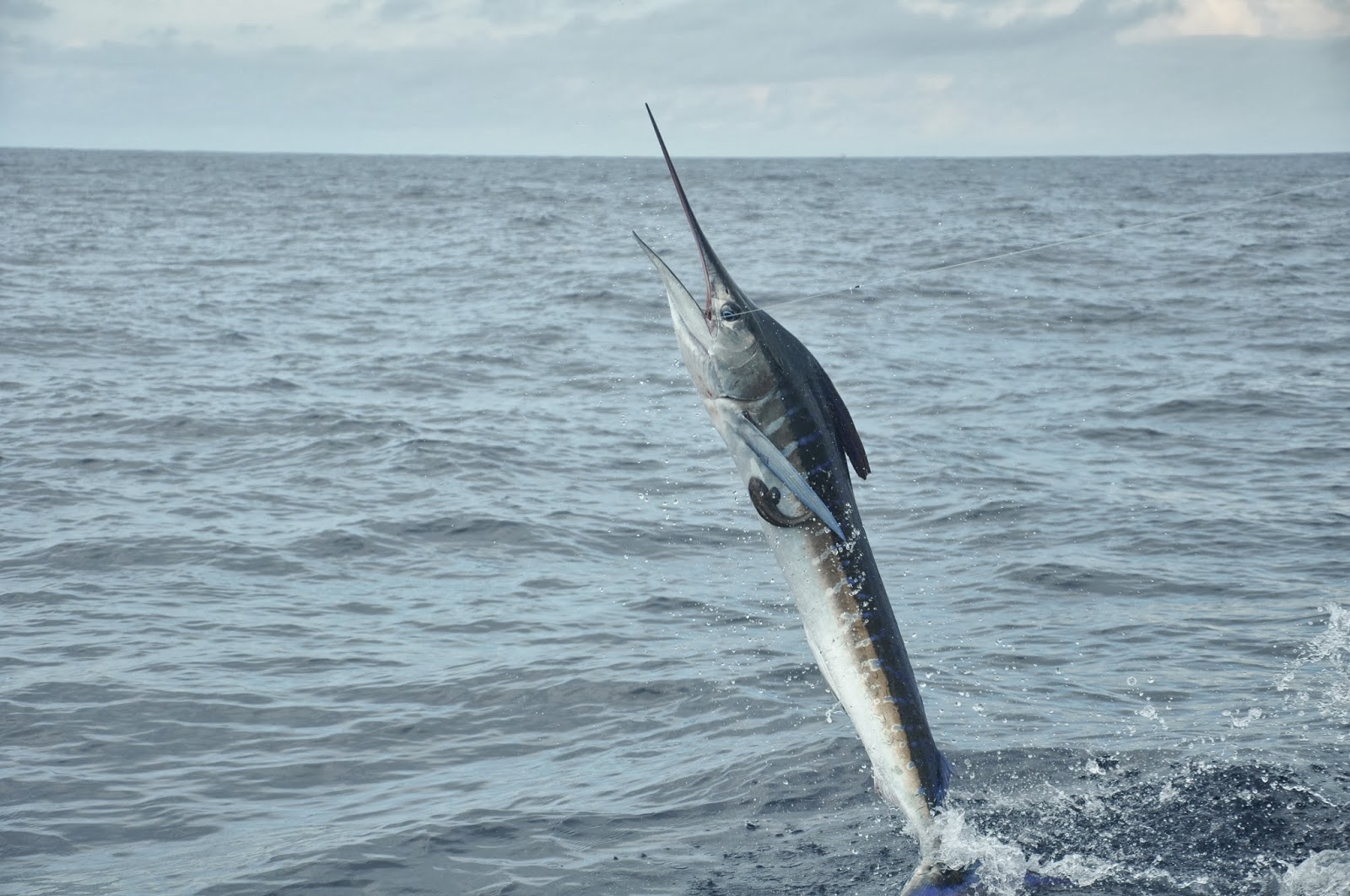 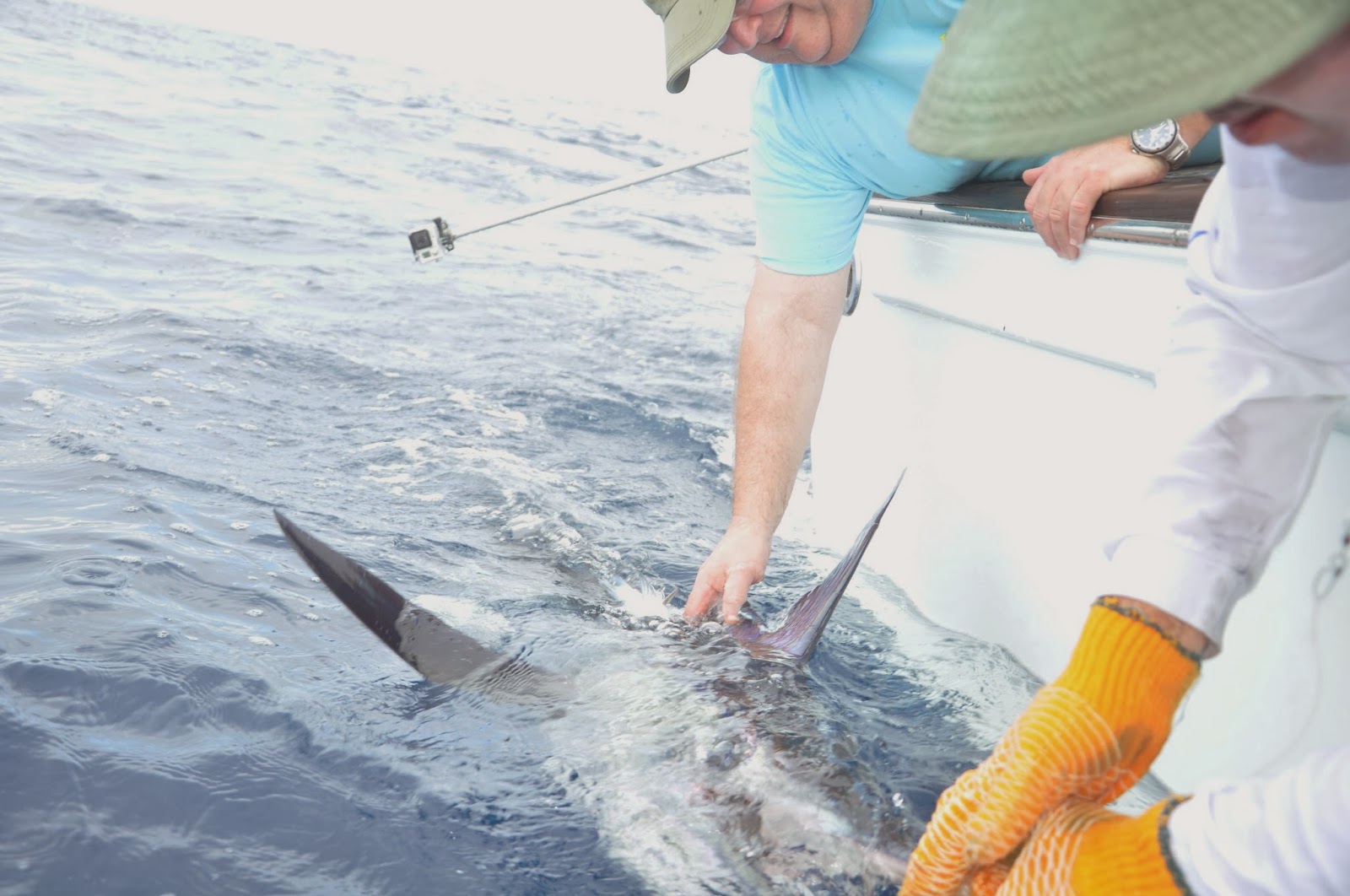 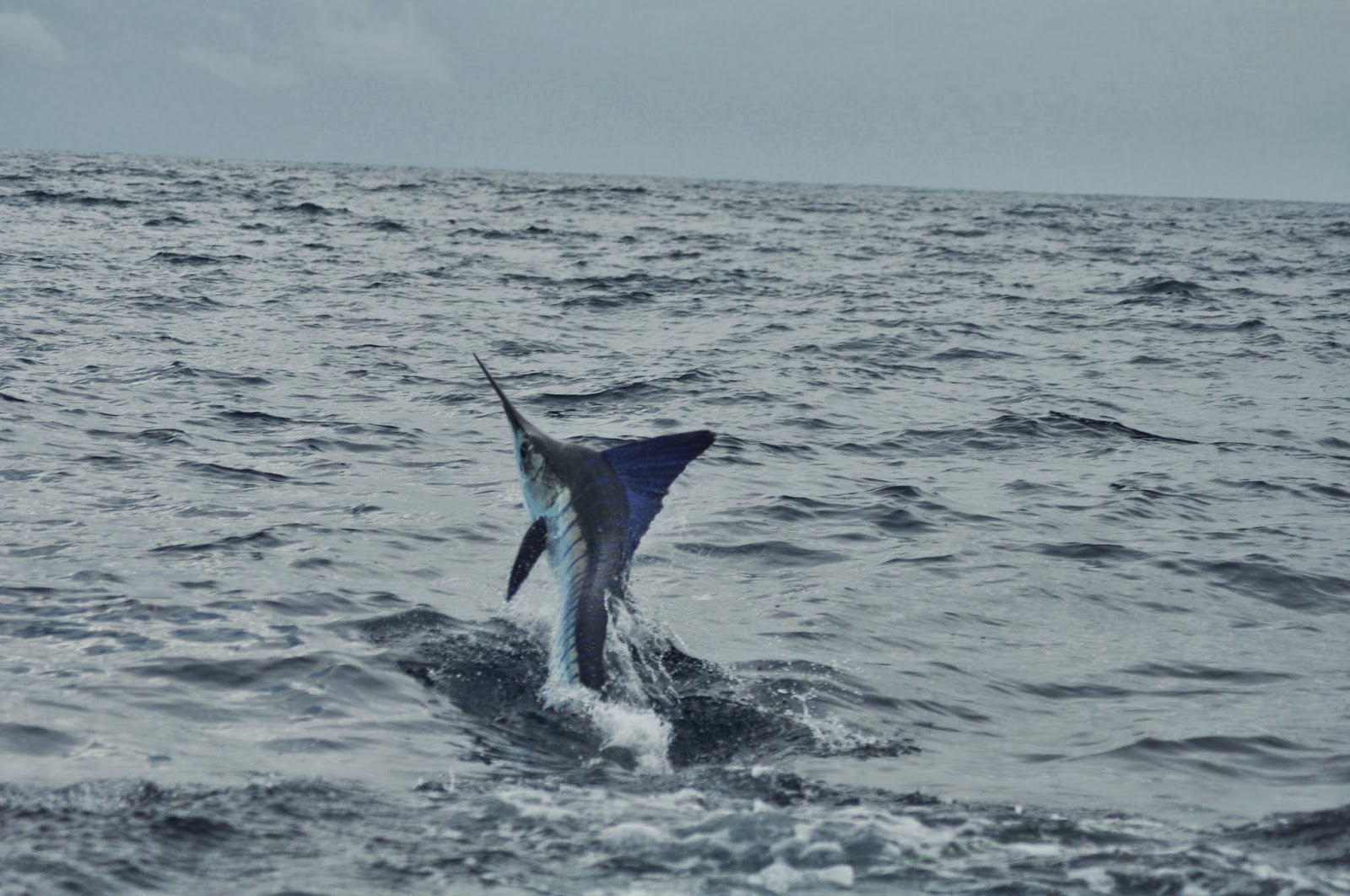 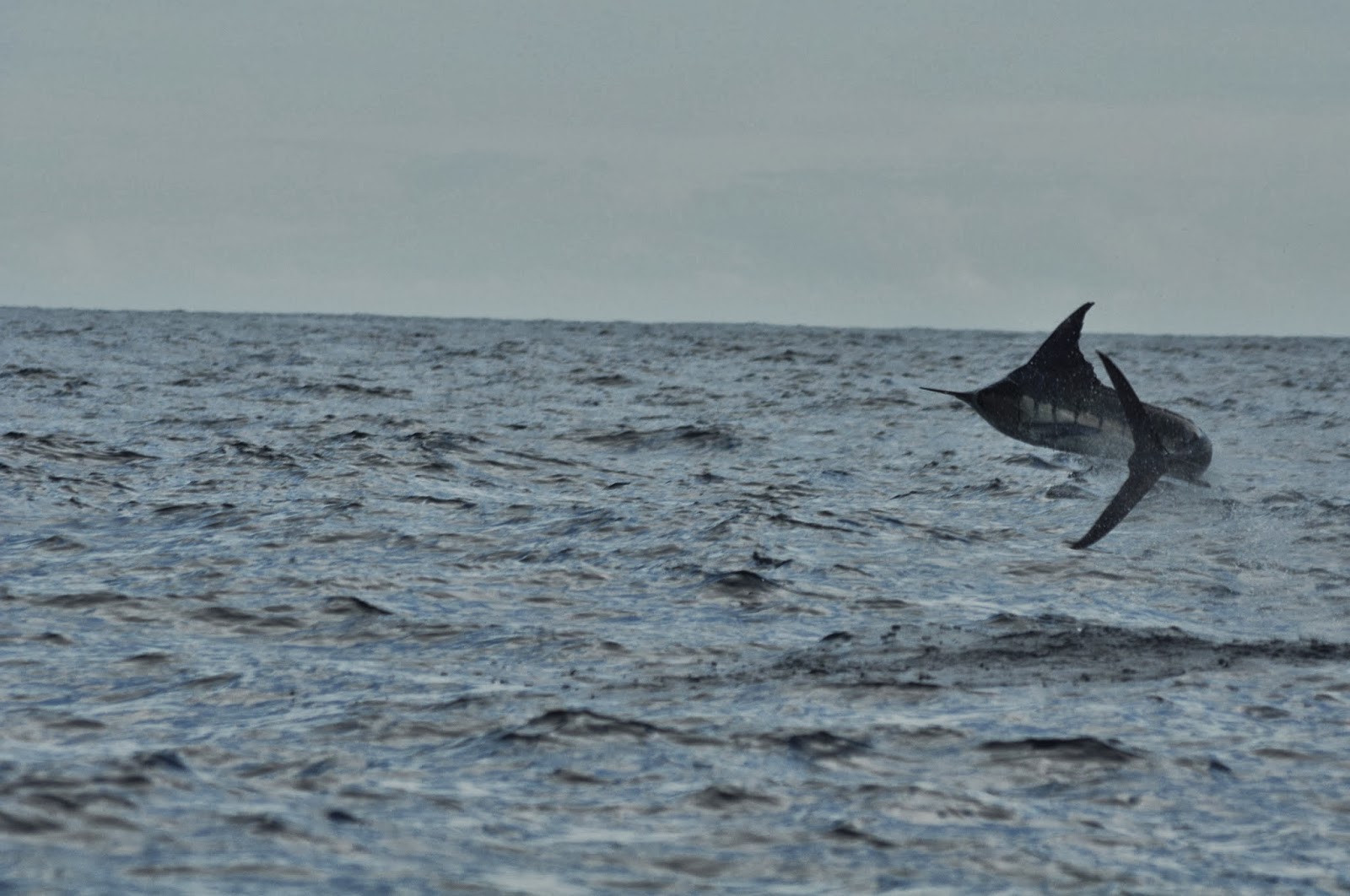 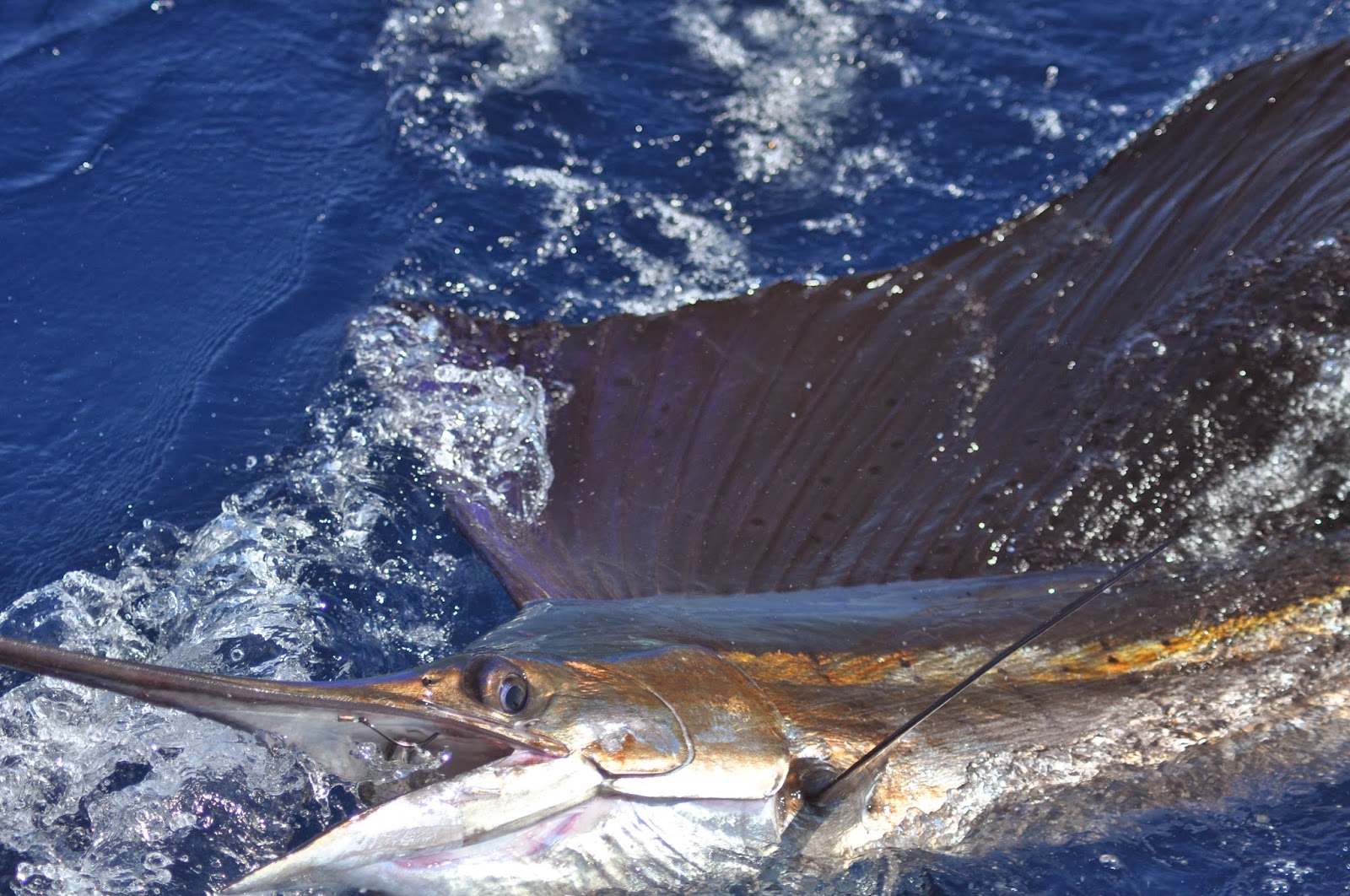 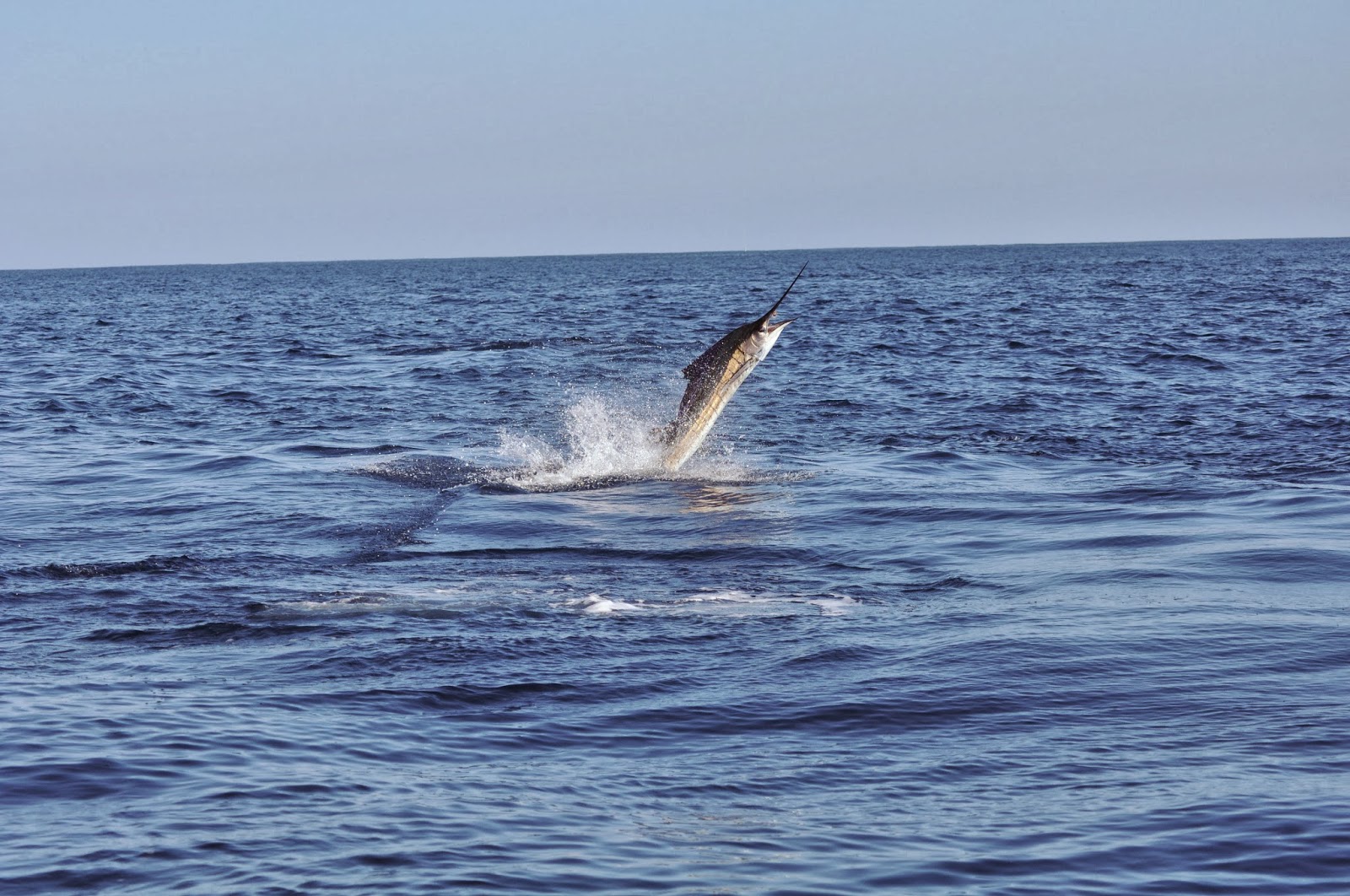 Lots of folks here in Costa Rica now.   Fishing has slowed a bit, but everyone is getting a couple turns/day.   I've fished about every other day, which turned out to be the slower days as far as numbers go, but some pretty impressive catches.   Today we caught 5 sails a dorodo and a really big blue or black marlin.  Thing never jumped.  We got some good looks at it after a 10 minute fight.  Berto was tugging on her pretty good, trying to get her to jump when the hook pulled as her head came out of the water, just not a good enough look to get a positive ID.   Meanwhile Anna was roosterfishing with a couple of customers and they caught a dozen roosters.   Capt. Bubba Carter had some folks out for us yesterday and they had a dozen sails.

Get to go fishing again tomorrow and hopefully will soon post some pics.

Congrats to Ben for his first billfish, a striped marlin, followed by a sailfish today. His buddy Andy first checked off the sailfish and that big marlin this afternoon.

And dad got one(sailfish) on the fly today, pics to follow.   Very proud of him.

Steady double digit days on the billfish, no marlin releases since we lost the teaser, but we've seen a couple.   Plenty of dolphin, the tuna have disappeared.  Yesterday was the slow day, but James was back in the meat today, meanwhile I was on the pink panga.   Snooks, snooks, snooks, pics to come, for now some of offshore yesterday.   Back out there again tomorrow, going to be Dragin some fly. 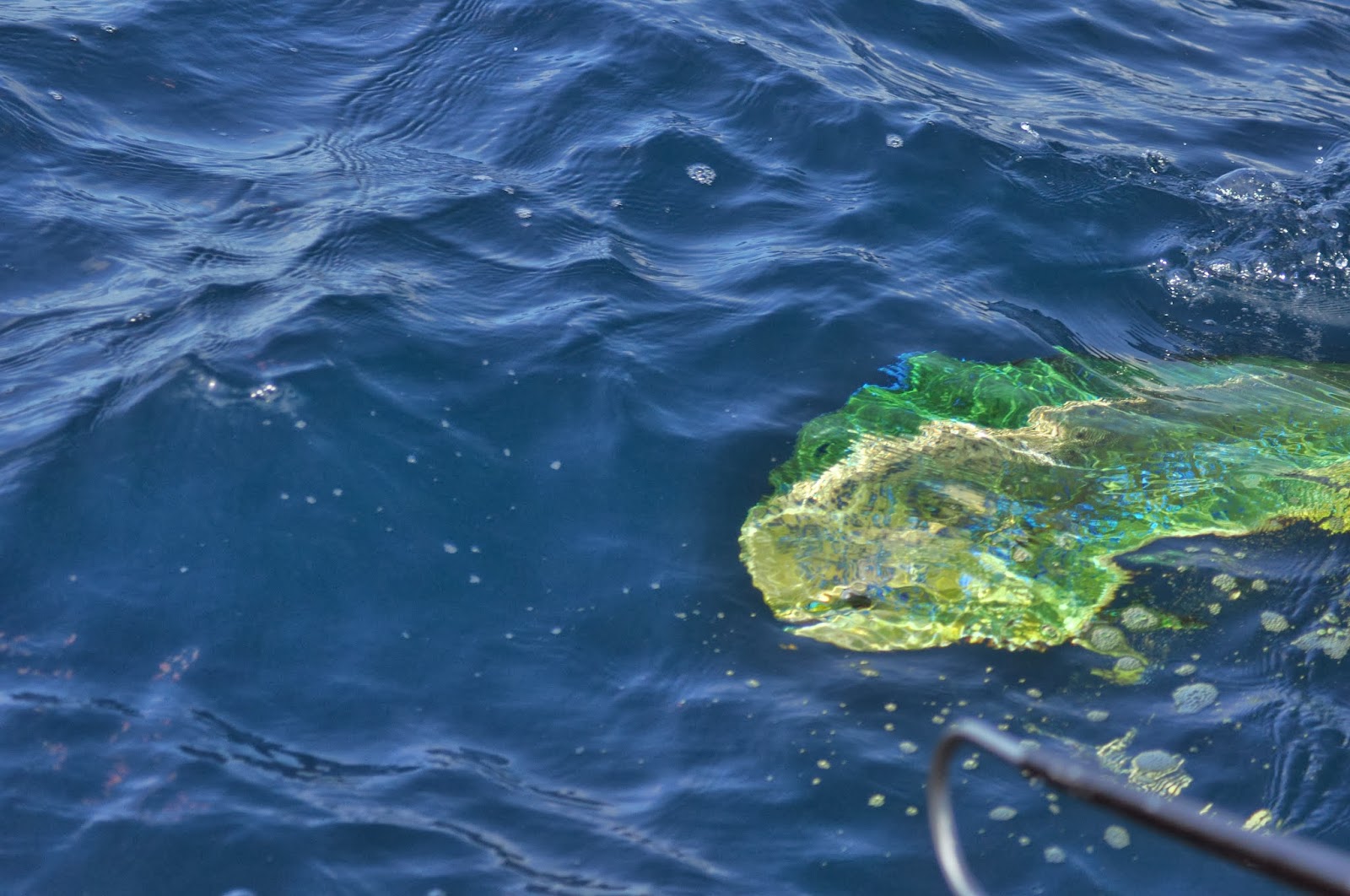 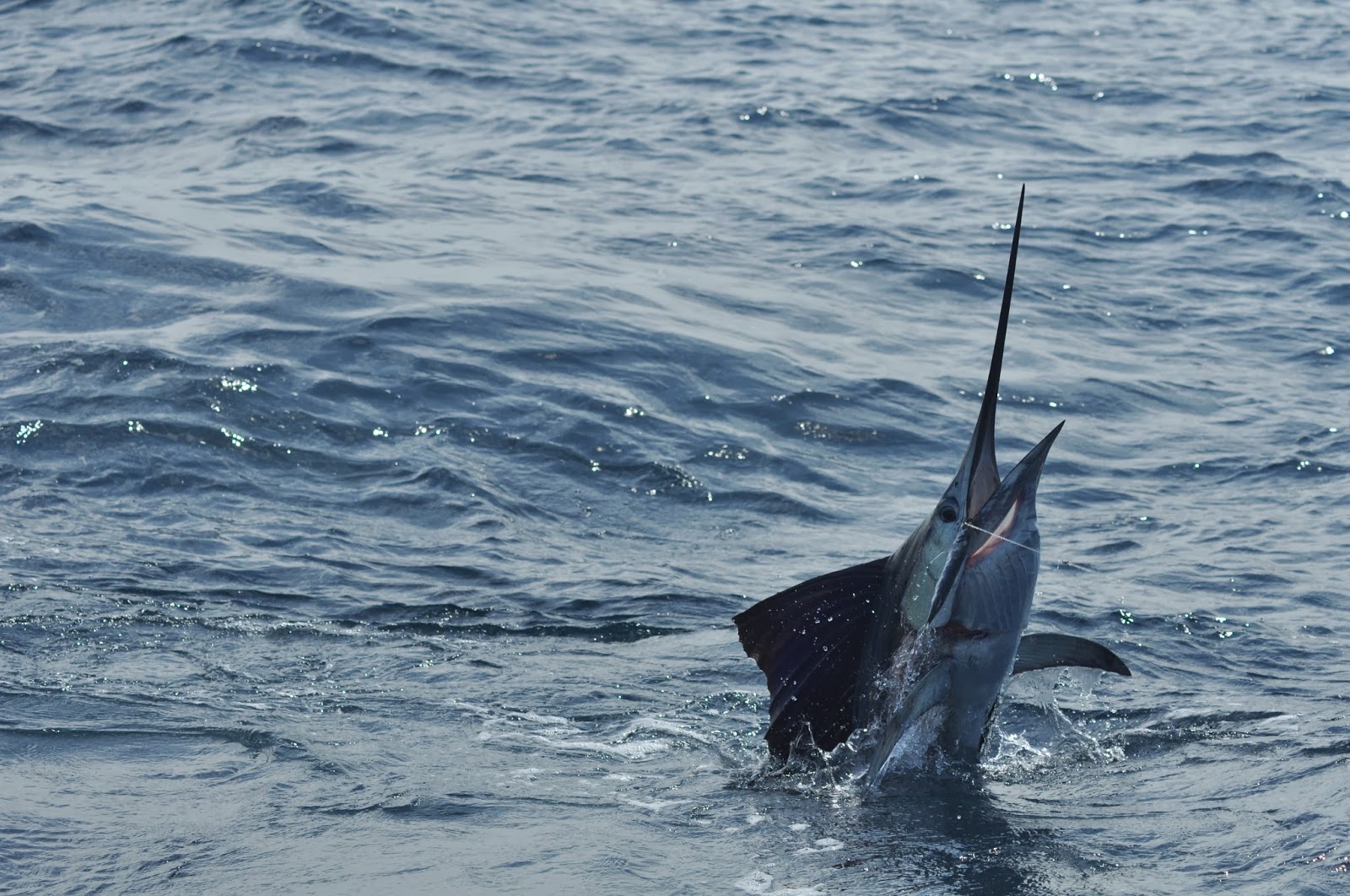 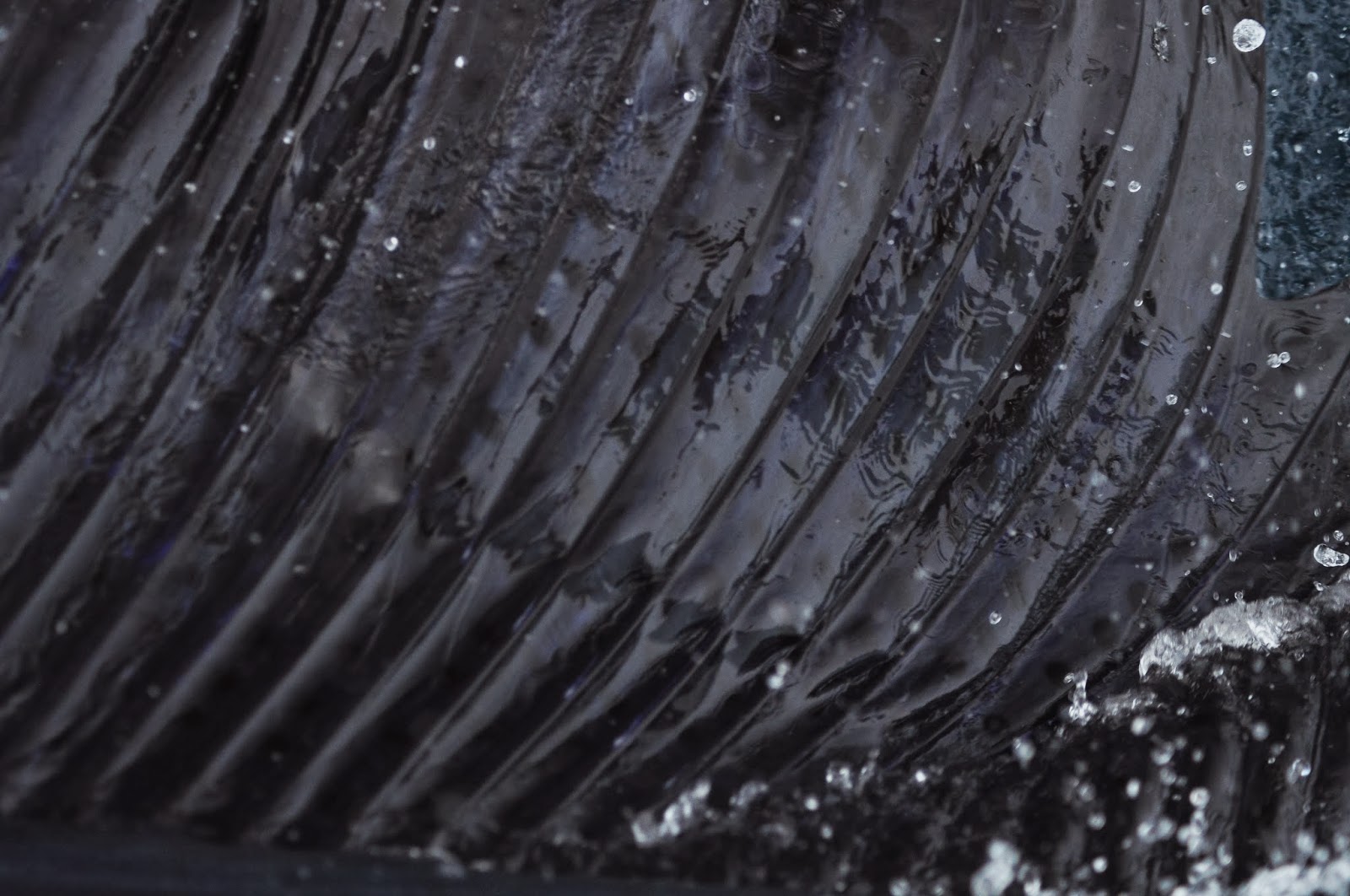 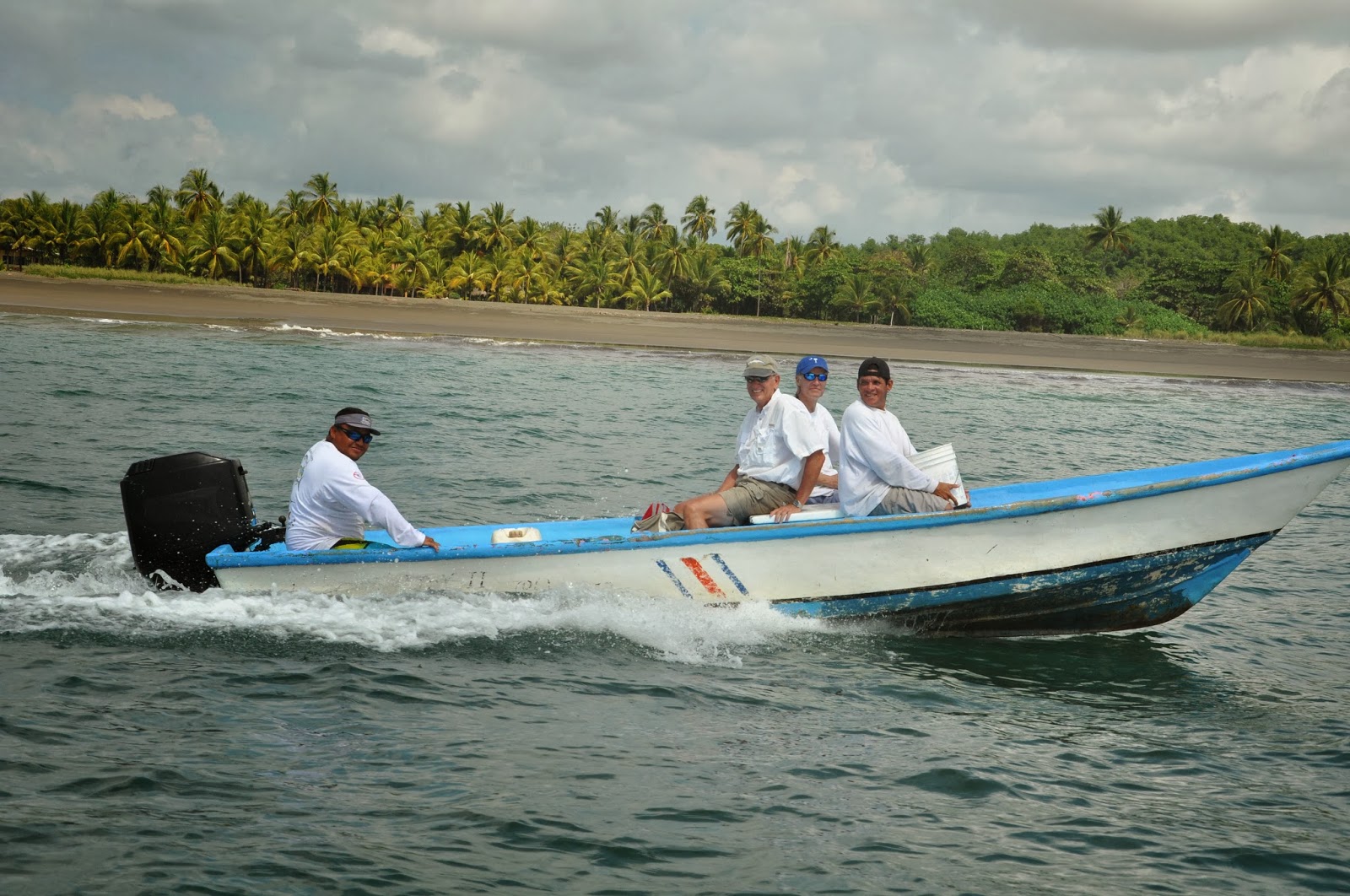 This is fishing with the local, a half day is all you want. Past few days we've gotten the numbers, the keepers, fish on the fly or light tackle, we got 'em.  Bring it on!--- Capt. Mitch Blake 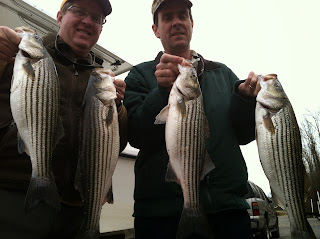 If you hopped on the Dragin Fly and wanted to pull a Green Flying Purple People Eater with a chartreuse tail, Berto would break one out from down below.   We've got all the tools.  James has never taken a picture of a teaser and sent it to me just to make sure that I get another one exactly like it.    But that's what he did last week, claiming that 75% of the marlin that have been a part of our marlin streak over the past few months have come to that one teaser.

You won't find this one on the shelves or at www.lacerationlures.com   This was a one of a kind prototype that is now tangled around the bill of a fully grown blue marlin, last seen about 35 miles off the coast of Los Suenos, heading south.   King James is going to be like Ahab over the next few weeks trying to chase down that teaser.

Hopefully Joey is making another prototype that is just as good and may be on the market to the public soon......and after the Los Suenos Triple Crown.

posted by Capt. George Beckwith at 8:07 AM

I used to do a lot of duck guiding, if they all were as pleasurable as the last few days, I might still be doing it, but guiding legal hunts for wild ducks is not an easy thing to do.   Here are a couple of pics from the last few days, good stuff.  Sure the ducks were decoying just right, but the steak sandwiches and oysters on the grill were the big hit.   Heading out of the cold tomorrow. 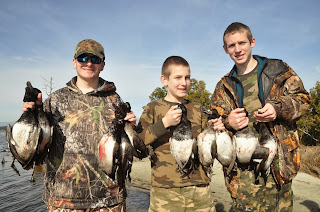 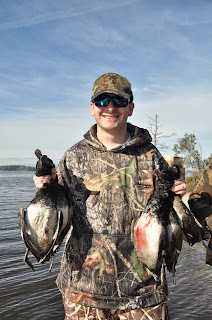 Capt. Greg getting done on the Neuse/Trent also 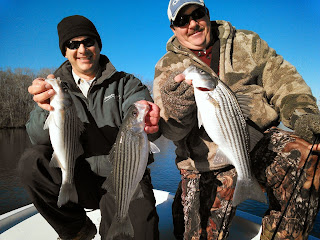 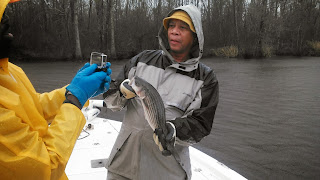 posted by Capt. George Beckwith at 6:56 AM