I've got to take those crocs a little more seriously

Snook fishing with Capt. Ray for the sunset bite.  He got it alright.

On Ray's trip here he has opened Pandora's Box and introduced popping corks to roosterfish, jacks and cubera snapper.  Not just for big drum and speckled trout anymore.

From the beach this afternoon he got a bite from a 9 foot croc.   He never saw it, but the croc woke up to check out the popping cork, eating the mullet underneath the cork, then continuing after the corks as fast as Ray could reel.   When cork and croc made it to the bank Ray stopped reeling for fear of it all coming together at his feet.

The croc caught the cork and spit it out, but was still attached to the hook that was in the mullet.   After a quick stand off, the croc made a couple steps up the bank towards Ray and Ray took a couple steps back towards the beach, then croc turned tail and the fight was on.

The croc won and ended up straightening out the hook, but impressed Ray with how fast he chased that popping cork.

Here's a pic of Ray stretched out with the croc 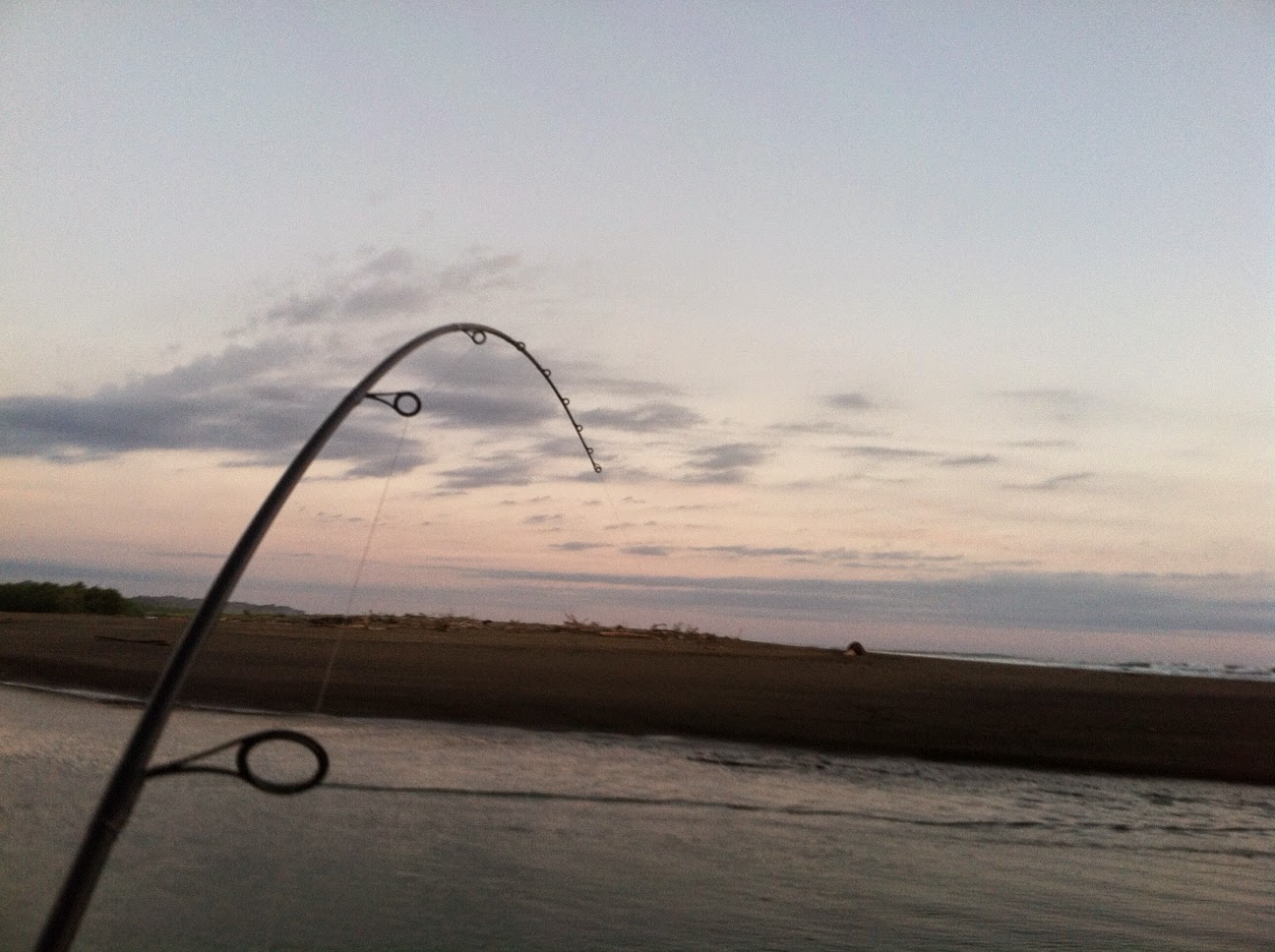 I've got to take those things a little more seriously.