Tortuguero and the famous Eddie Brown

Anna and I took a little road trip to Tortuguero and Tortuga Lodge to fish with the famous Capt. Eddie Brown. We hopped on an early flight over, greeted by a great day, calm seas and no wind, which means that we can make it out the inlet to the best of the tarpon fihsing.

I say "relatively calms seas", there was a little swell, combined with an experimentation on new sea sick medication, Anna was a little green. She hung in there with tarpon rolling around the boat, but after a 15 minute battle with a big jack, the swelling seas were getting the best of her, so we headed in to drop her off by the pool.

I think that if she had known about the good bite that I was about to return to, she would have toughed it out, but we were both in need of a little down time by the pool. Capt. Eddie Brown and I headed back out and got on the right drift, getting a bite pretty quickly from a little 40 pounder, followed by a 60 and 80 pounder. Just big enough, but not too big.

Eddie suggested another drift, but with 3 tarpon in less than an hour, I was ready for the pool myself.

Coming back in the inlet: 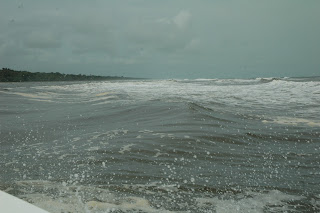 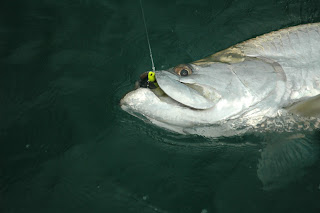 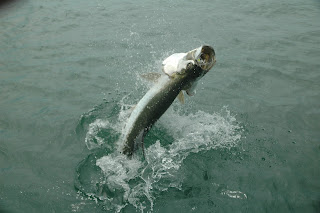 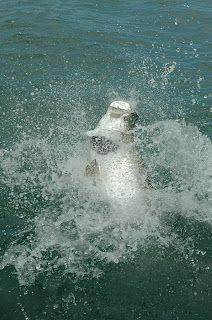 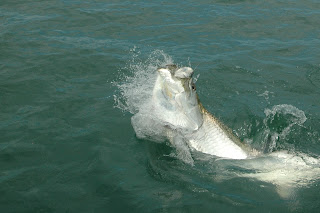 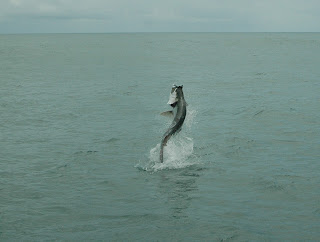 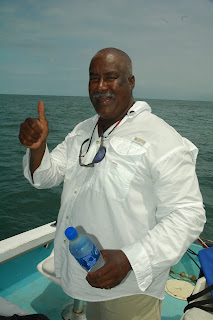 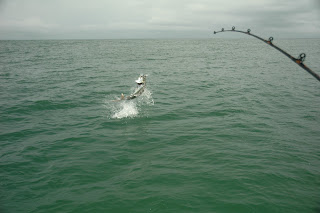 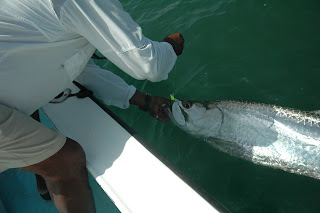 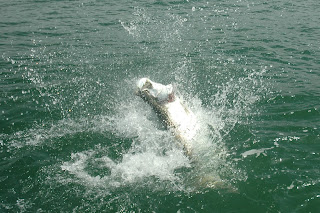 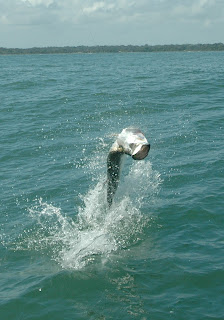 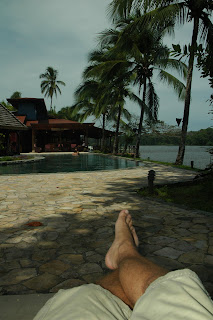 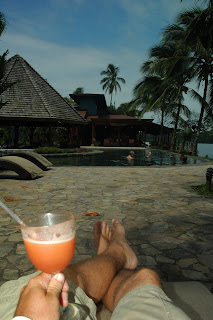 Afternoon snook bite in the jungle with Anna. 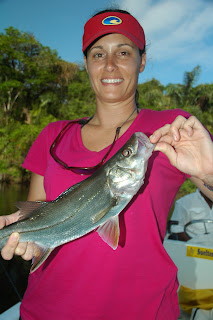