I took a few cast along the beach this morning and actually got a bite. Nice corvina or locally called sea bass. It is really in the same family as red drum and speckled trout. In fact, it looks exactly like a speck, but no specks, very silver. Weighed about 3 pounds.
Below is a pic of a bigger corvina that Joel caught a few weeks ago. 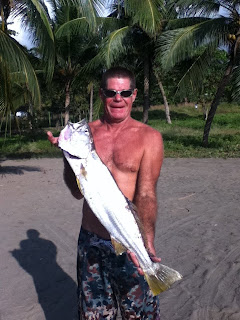 I got inspired by the snook that Joel caught 3 days ago in front of Raul's house. That's Raul holding Joe's snook, close to 30 pounds. 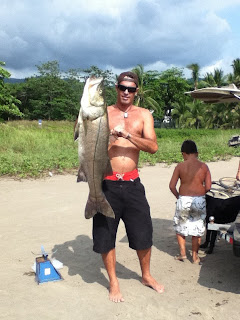 Capt. Gary reported in from NC:
"Striper fishing and the water temps are heating up on the Neuse. Still putting fish on the deck on the Trent as well. Shad and panfish in the mix. March is looking great!" 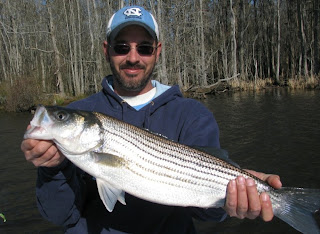