Here are an assortment of sail shots.

We started out on the 26 looking for live bonito to carry offshore, we only caught 3, but in the hour that we trolled around, we caught 2 sailfish on the only ballyhoo that we had out there. James was ribbed a little bit about cutting us short, if he can catch 2 sails while fishing 0 teasers and 1 bait, imagine if he stepped it up and put out a full spread.......

We did run into a shcool of tunas and got a good bite out of one of those big sickle fins that nearly dumped a 50, pulling off when he made the turn and came back to us.

James arrived on the scene just in time to piss on the coals, we caught a heavy handful, then things slowed until the afternoon bite that James predicted fired up. We ended up with 28 sails on day one. Running into Furuno we found the tunas again and caught a nice 40 pounder with just enough time to get to the reef for a few drifts, catching a dozen nice yellowtails.

Not much too the nighttime snapper bite, but it was on at daylight, catching another 25 snappers, including a rock snapper and a 20 pound cubera. I pulled off a BIG cubera.

Loaded the tubes full of live bonitio, hoping for another chance at those big tuna, working our way back to Los Suenos. We caught enough sails to bring the two day total to 42.

The bite is getting closer to home every day, making this good fishing available out of Los Suenos. 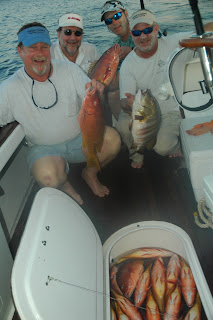 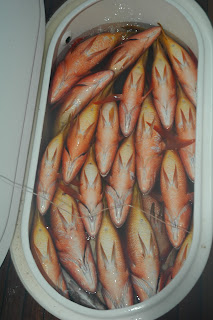 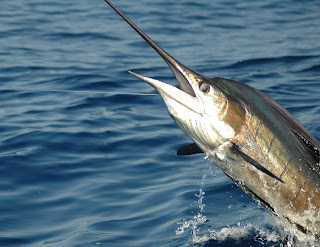 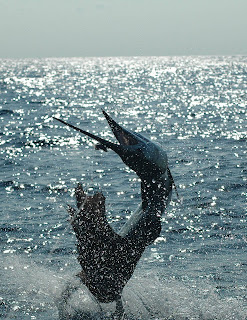 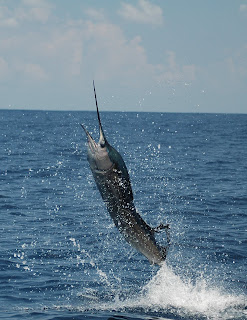 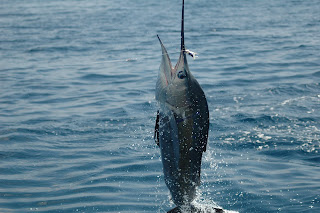 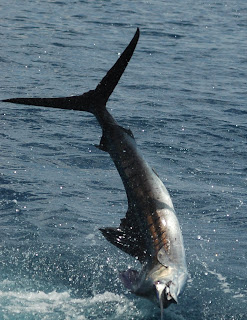 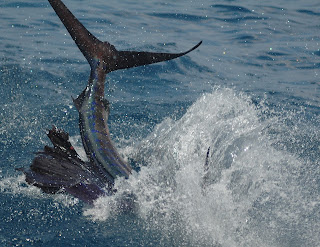 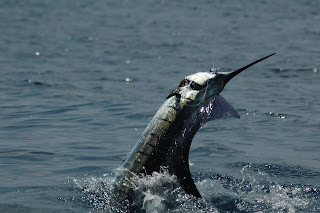 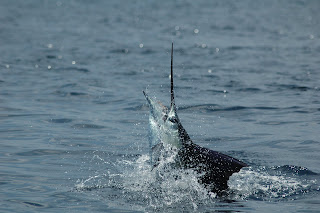 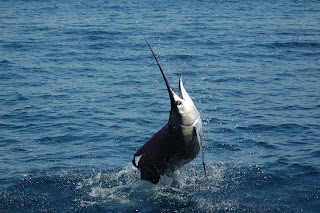 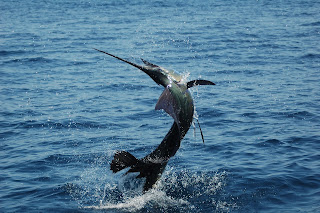 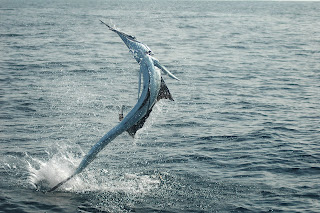