I want to thank all of you for the kind words and prayers, it has really meant a lot knowing that you are out there.   I apologize if I have not been able to individually respond to everyone, it’s been a little hectic.
Anna, my brother, my dad and my mom and I evacuated to my dad’s cabin up in the mountains of Virginia with the forecast of 140 mph winds.   These winds are life threatening and could have taken roofs off of houses and houses off of foundations.    When the storm weakened, we questioned our decision as all of us have ridden out storms with winds around 100 mph.   None of us have experienced a storm that hovered over NC for days, piling water into the western Pamlico Sound and Neuse River to previously unrecorded levels.
As many of you know, the Pamlico Sound has little if any lunar tide.  When the wind blows out of the east, the water rises, when it blows out of the west, the water falls.   50-60 mph winds for several days can be much worse than 100 mph winds for a few hours.   Never have I seen a storm move so slowly and we were on the east side of the storm which always has the heaviest wind and rain.    This storm was a worst case scenario for New Bern and Oriental.
After several days up in the mountains in the comfort of our air conditioned cabin and big screen tv,  watching my home town become submerged and fast water rescues in places that have NEVER seen flooding, I could take it no longer.   I rented a U Haul, loaded it with supplies and headed south and east.   I dropped off a couple of generators along the way and made it to the Pamlico County Sherriff’s department last night with some requested supplies and slept on an air mattress in one of the deputy’s office.   At daylight I was in Oriental unloading a palate of water, Clorox, trash bags and cleaning supplies.
I lived in Oriental for more than a decade and never saw anything like what I saw today and I only saw a small portion of it.   After empting the last of our belongings from the “guide shack” that we rented for the season on the Oriental waterfront, I cleaned out the fridges of the two houses we had rented at River Dunes, which other than downed trees, fared better than anyone or anywhere I have been today.
Paradise Shores and my friends there were in bad shape, but as they said, it’s part of the suffering you have to go through in order to live in paradise.   They love where they are and have an amazing attitude.   I stopped by the Sherriff’s office to drop off the last of supplies, water and MRE’s that I had picked up along the way and made it to New Bern.   My mom’s house is OK, even with power and my brother’s house is good, but my dad’s is a mess.
He only had a foot of water in the house, but no matter a foot or 6 feet, the result is the same.  Everything the water touches is destroyed.
I am so glad that we left.  I cannot imagine my father waking up in the middle of the night, stepping out of his bed into knee deep water, which is what he ended up getting inside his house.  He is still in the mountains with caregivers, we are cleaning up, but it will be months before he returns home, if he ever does return to this home.
All in all, we made out pretty good, no lives lost and some great family time together.  There are others who are in much worse shape.   Capt. Joe Ward has lost everything except his sense of humor and resilience.   Capt. Chris Kimrey is OK but he did admit to crawling under his house twice during tornado warnings at the height of the storm.   Capt. Wade Fickling is good to go as is Capt. Greg Voliva.   I am aware of no other major damage to any of the guides, but there are plenty of people who are in a jam and faced with major clean up.

It is amazing that one house or block can be 100% ok and next door things appear to be destroyed.   I remember after one hurricane watching a guy who had a flooded out house mow his lawn.  It was the only think that he could do that he had some control over, everything else was just too overwhelming.
What can you do?  Don’t worry about me, I’m OK,  but if you have some time on your hands, pack a cooler with what you need to survive, come down for a day and help someone you don’t know clean up their yard and see where that takes you.   Bring enough gas to get home, maybe an extra jug for someone’s generator.   Don’t plan on staying the night as there are no hotels, no power and no restaurants.   Soon enough there will be, along with fishing guides to take you fishing and we all appreciate your business.
Until then, tight lines, calm seas and God Bless,
George 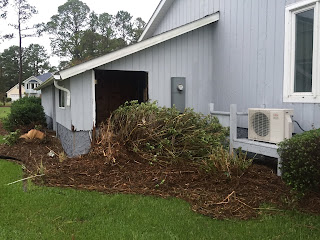 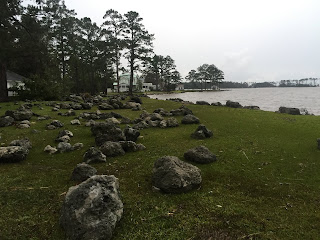 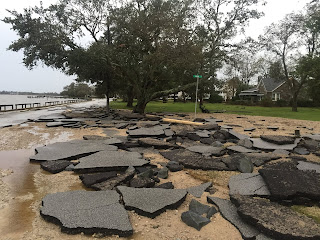 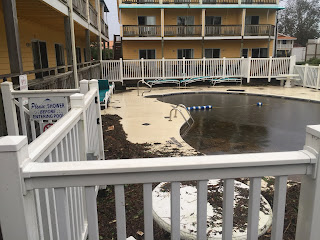 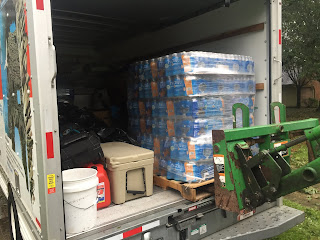 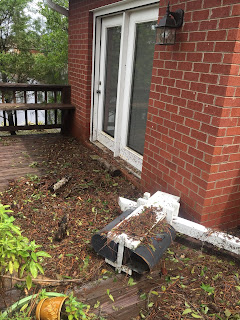 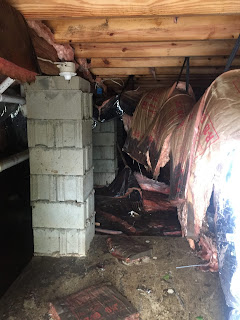 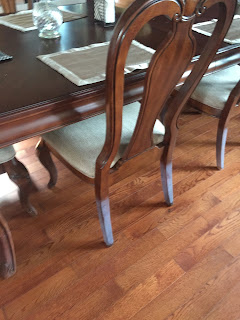 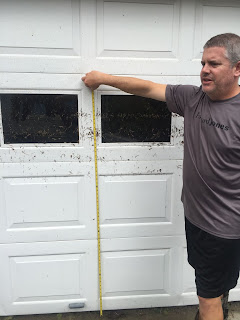 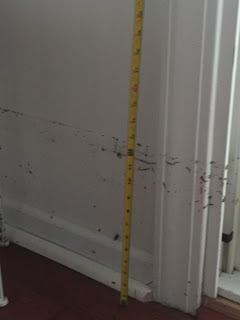 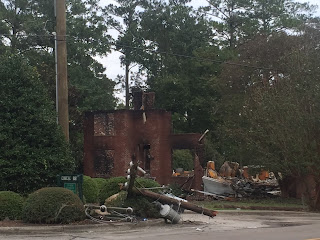 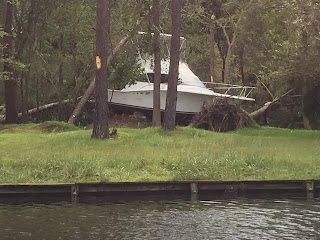 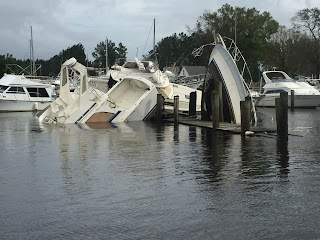 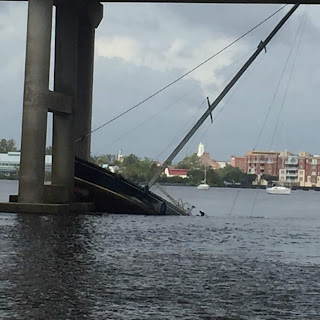 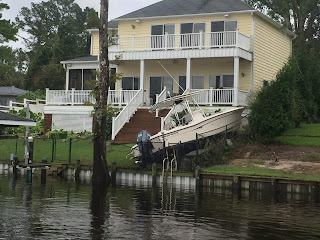