"Last Sunday I had a party, water temp was 36.  Decided to try the Raccoon Perch thinking they would be forced to push some eggs. Some fish were running ripe some spent.  They all chewed!  Great day on the water just off the Pamlico.....Ended up with 2 citation catches, big fish 1.4lbs.  I did make 5 cast to see if a Rock might be home...caught one on the third cast got hung on the fifth.  Decided not to retie and went home to eat some Roe."
-----Mitchell 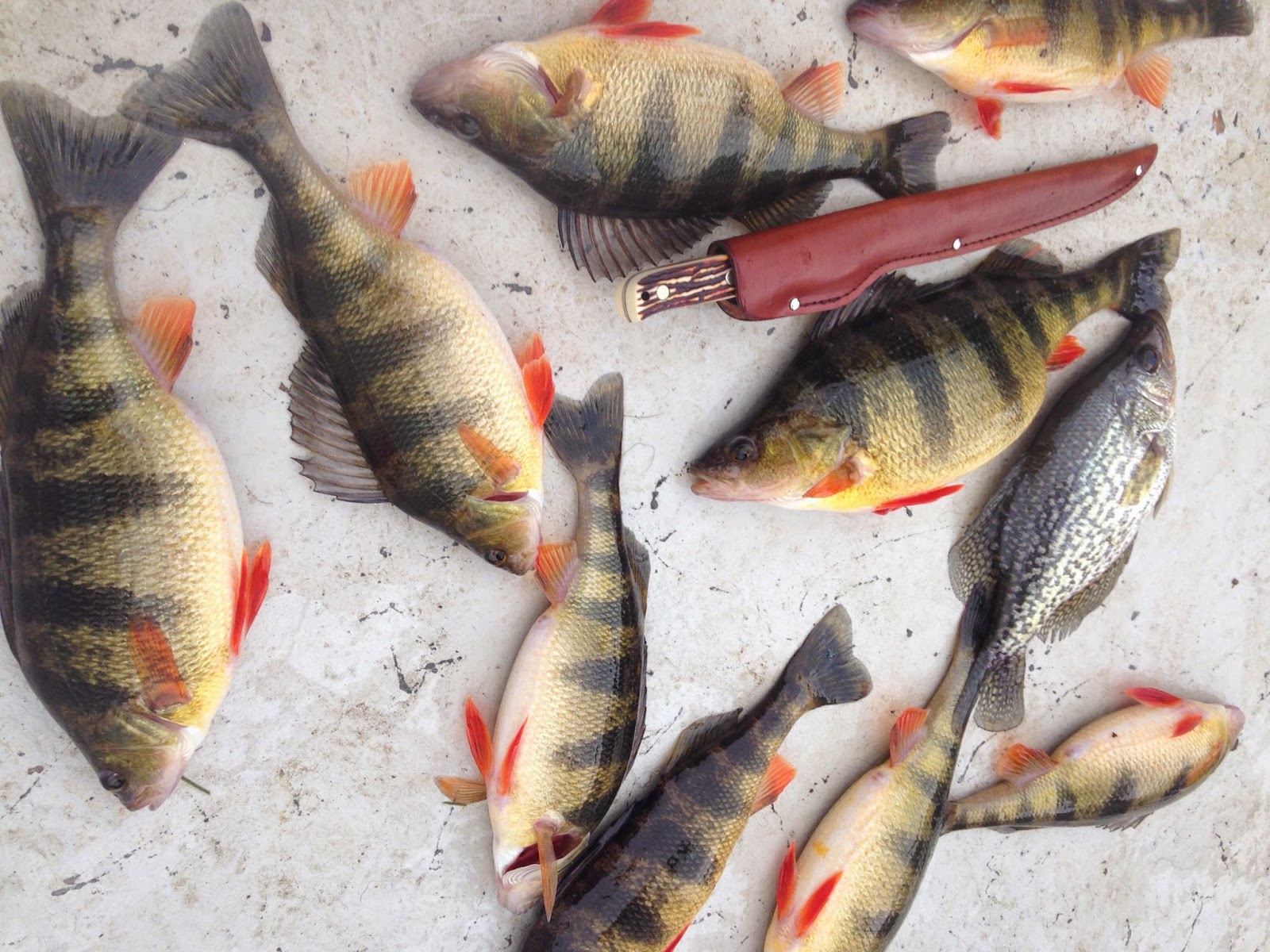 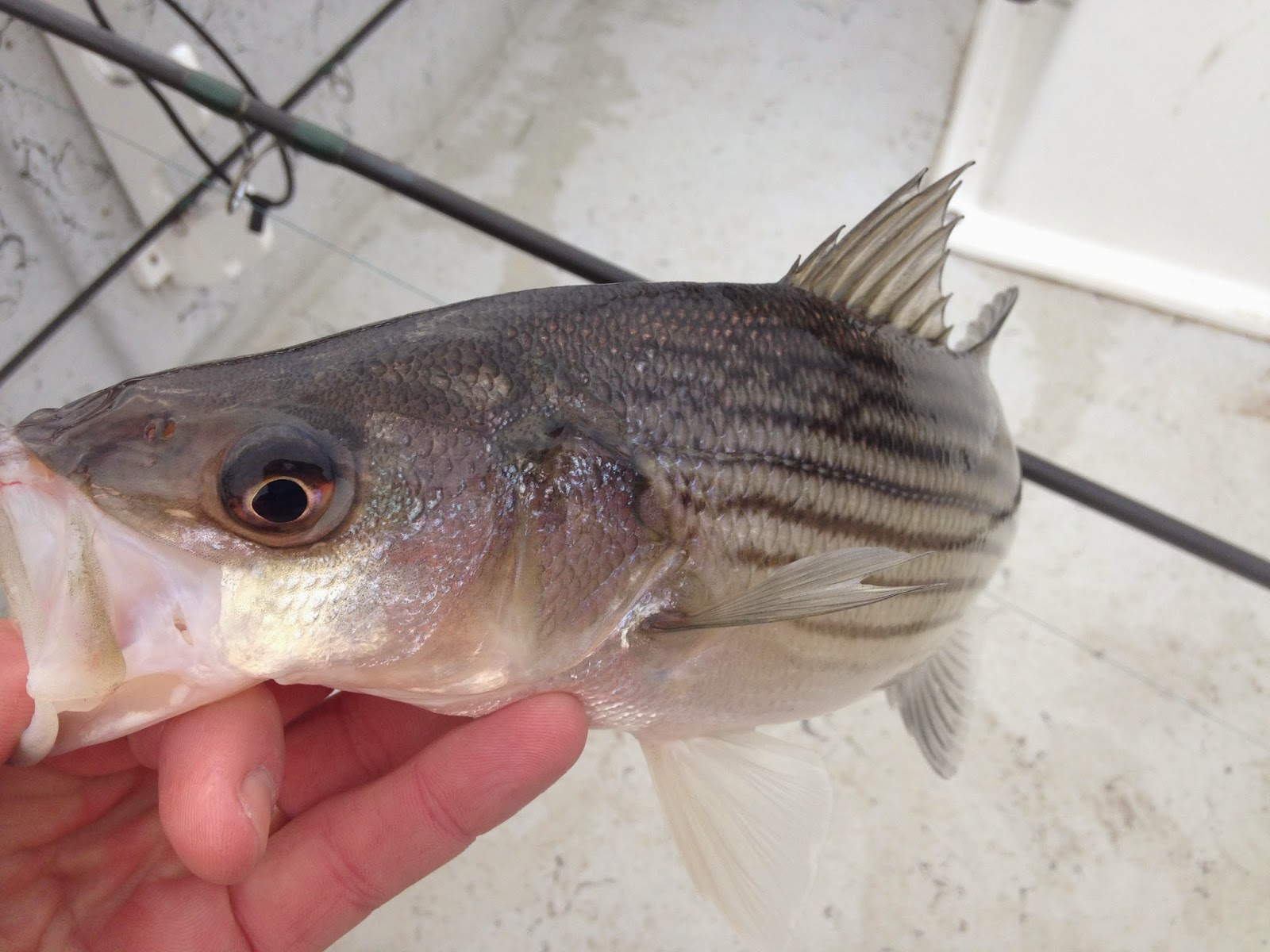 This week:
"Well lets see.  Ice, Ice and Rain, Snow, Snow and Sun, Ice, Sleet and Snow and a rain colder than ice and snow.  I think that about sums it up.  My boys had a little fun playing, couldn't come up with a sled so we used the fish box....My sons teacher was asking did he have fun playing in the snow, he said "my dad put me in the catfish cooler."  I'm certain teachers hear a lot of things that might sound odd. 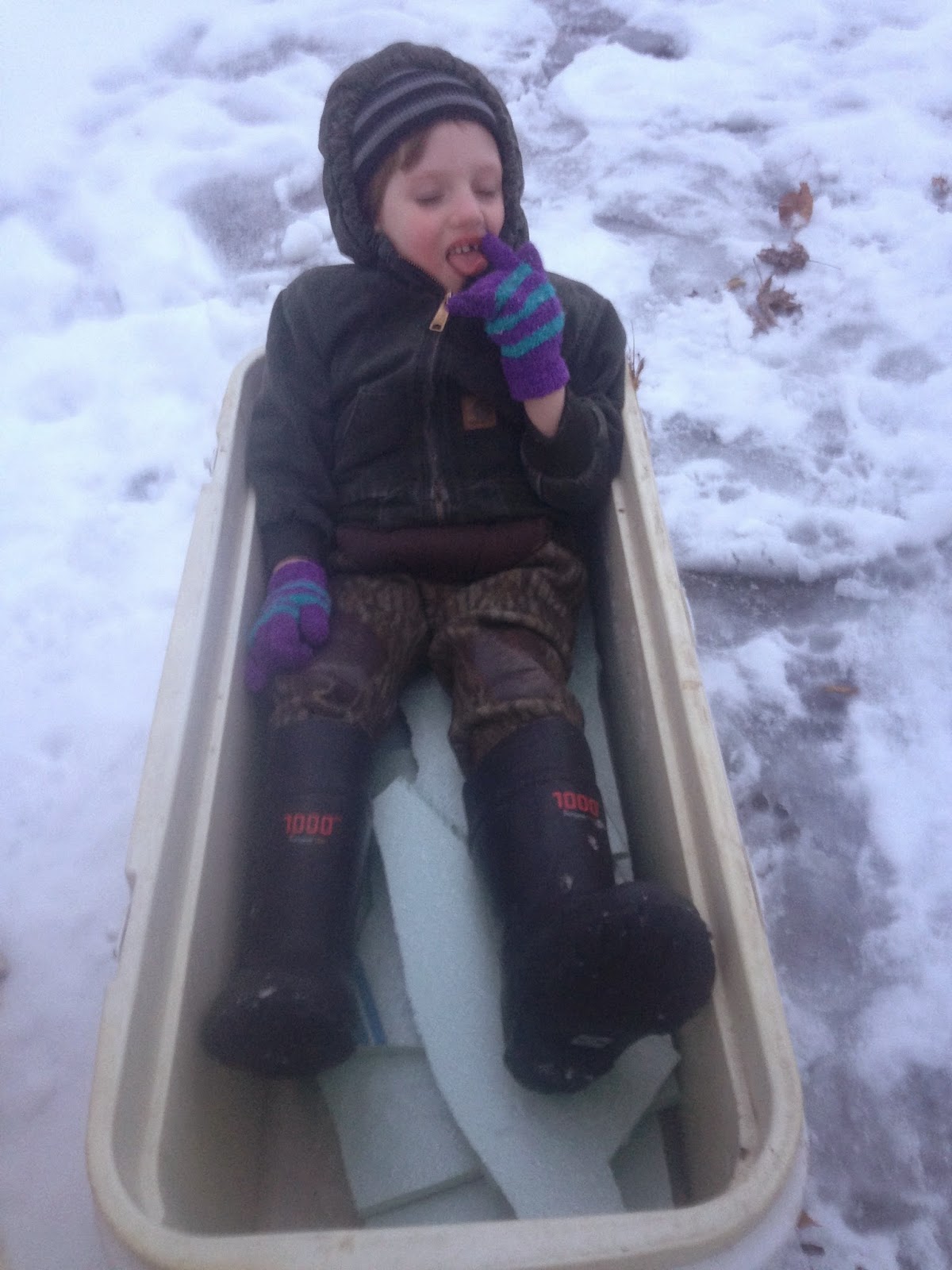 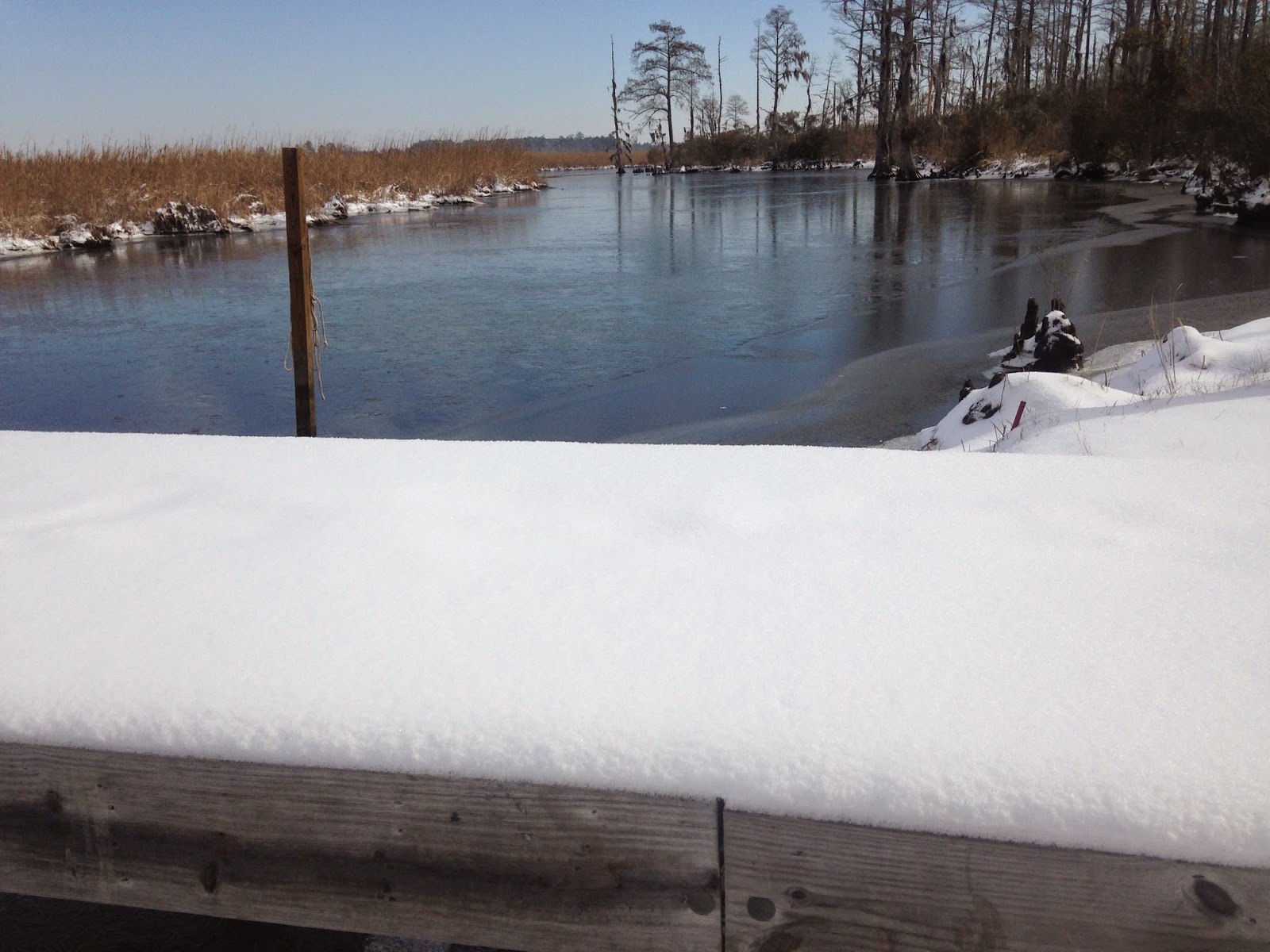 posted by Capt. George Beckwith at 5:36 AM