Great day, including the cobia

Rarely does the plan come togehter, exactly the way it was scripted. Yesterday, the plan was to catch bait along the beach on the way to the East side of the Cape, hit a wreck to fill our limit of amberjacks, which turn out to be really good eating, hit a live bottom area, catch our limit in groupers, which are really good eating, then hit the beach for the cobia, my most recent favorite thing to do. Part 1, catching bait, no problem, found the bait, one cast with the cast net, onward we go. Arrive at the wreck and the amberjacks greet us before we get a bait in the water, maximum pulledge, keeping some little ones, releasing the big 'uns. Now for the grouper, one stop and we got 'em. Now for the cobia, which have been a little inconsistent lately. A mile off the beach, we come accross a bait ball and sure enough, it's got several big cobia in it. We pull one of the big ones off, catch a 55 pounder and another keeper. Several bait balls later and we find another single, catch him, then another and another and another. No time was wasted with pretty much continuous action and we're back at the dock for an hour of cleaning fish. Oh, and the weather was perfect, absolutely slick calm. Back to reality today, very rough southwester, no cobia in the baitballs, but plenty of those big Spanish. 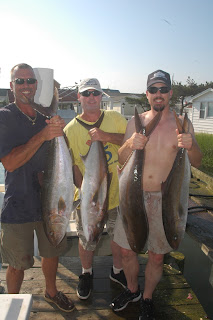 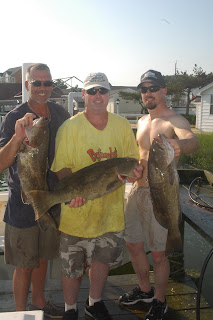 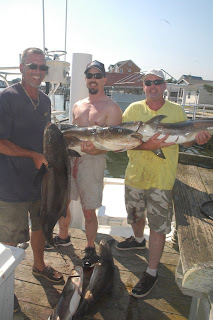 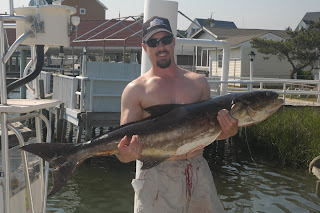 From the days before: 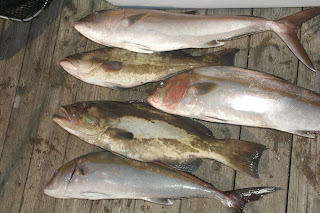 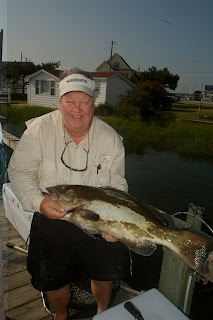 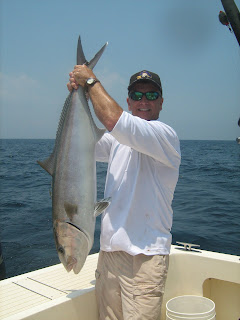 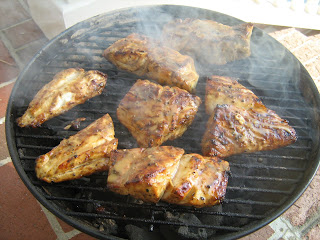