In over 20 years of drum fishing and thousands of drum that I've caught, tagged and released, I have never had one taken off the line or bitten by a shark.  I've seen some big bull sharks and every couple of years I'll hook one, this year included.   I hooked a sea monster this year, took 250 yards of 65 pound braid, never slowing down before chafing through the 80# crank-on leader.
I've heard of 2 other bull sharks that have also been hooked with similar results.   Check out this drum, at least it was a male, who knows, maybe that bull shark tuned into the drumming.  I bet he made one heck of a run before getting "caught".    Thanks for the pic Howard. 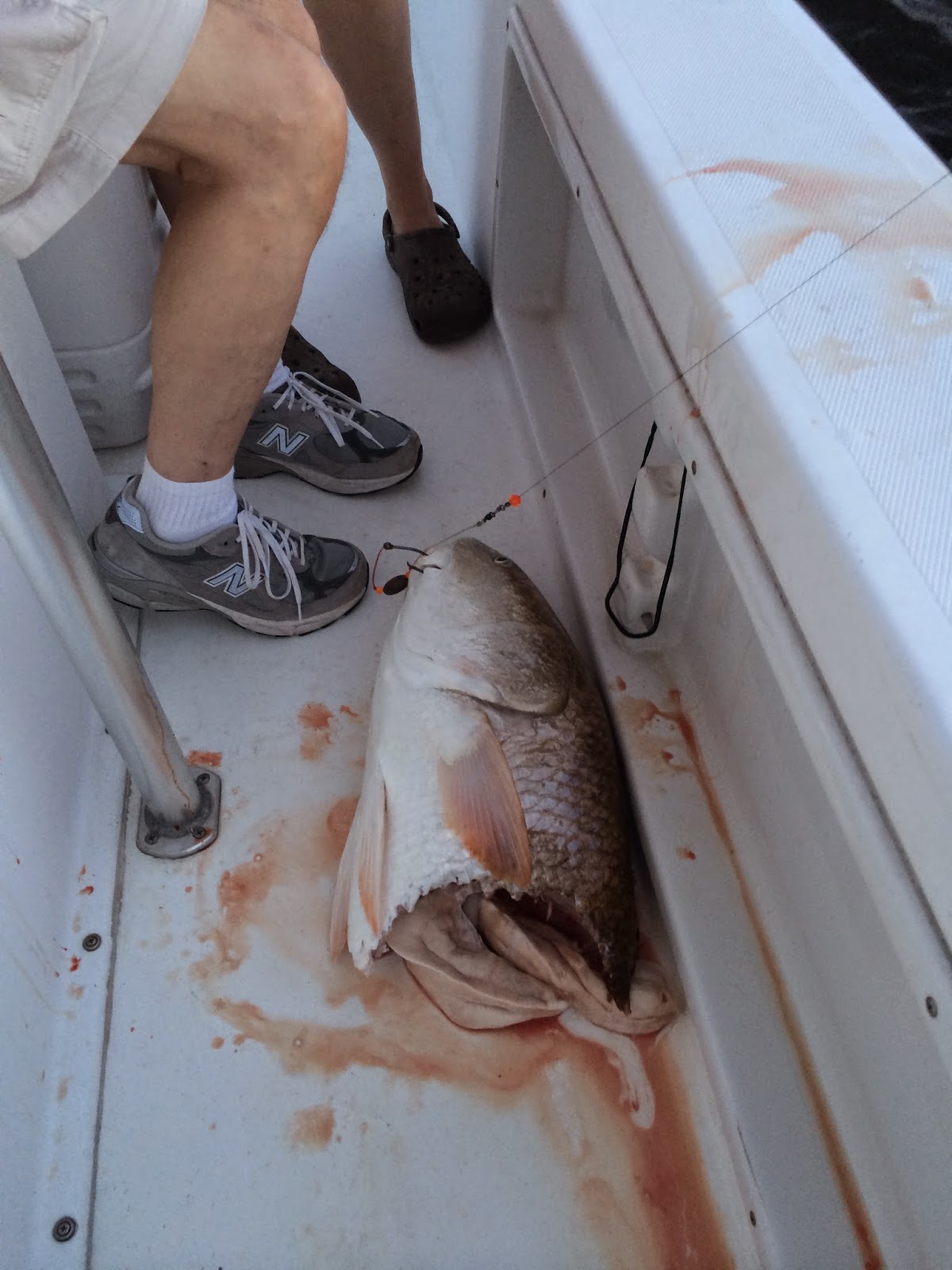