Good news is that there are A LOT of striped bass in the Roanoke River at Weldon, with even more coming.

More good news is that water temps are perfect for top water action.

Good news is that water levels look good for a successful spawn, barring no more deluges upstream.   A successful spawn this year would be really, really good news, considering that 2 of the last 5 years have been a bust and almost no baby striped bass were produced.

For the fishermen on the Roanoke, they are now getting the best of it.....and sometimes a few hours of oddly slow fishing......that's when the stripers are preparing to do what they came here to do and food is just not a priority.

From those anglers who are getting the best of it, here are some reports and pics:

"Thanks to you and Greg for some great striper fishing yesterday and this morning.  We had a blast.  We'll probably be looking you up at some point in the future for our next adventure, whether it's the Roanoke or elsewhere!" ------Matt

"When the fish ran drag after landing 40 plus Stripers I thought we had stuck a game changer.  Ended up being an awesome Cat!  Released fish an went on to catch another 40 or so Stripers on the half.  Dang where are my scales?" ----Capt. Mitch Blake 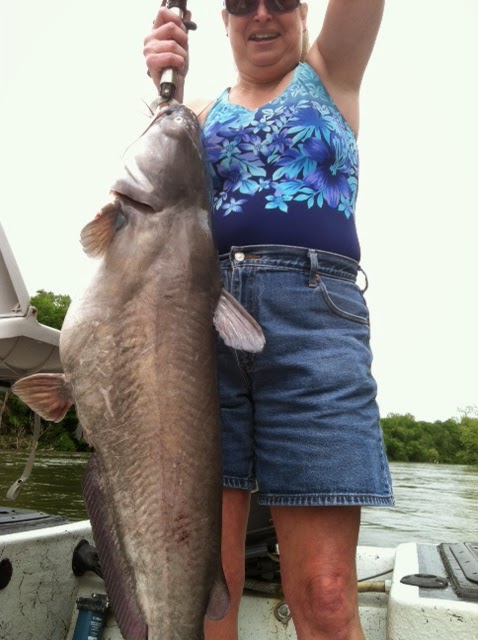 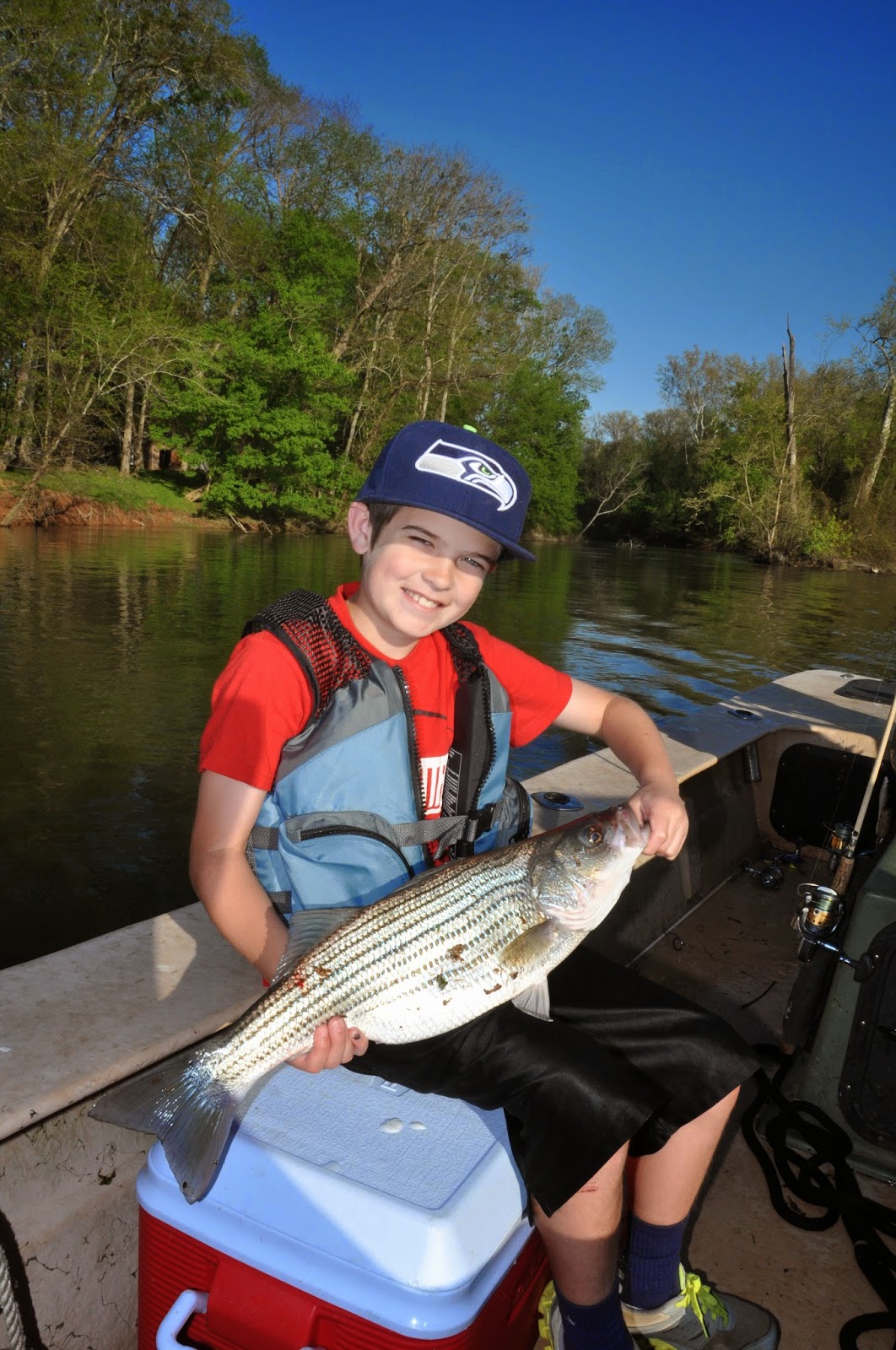 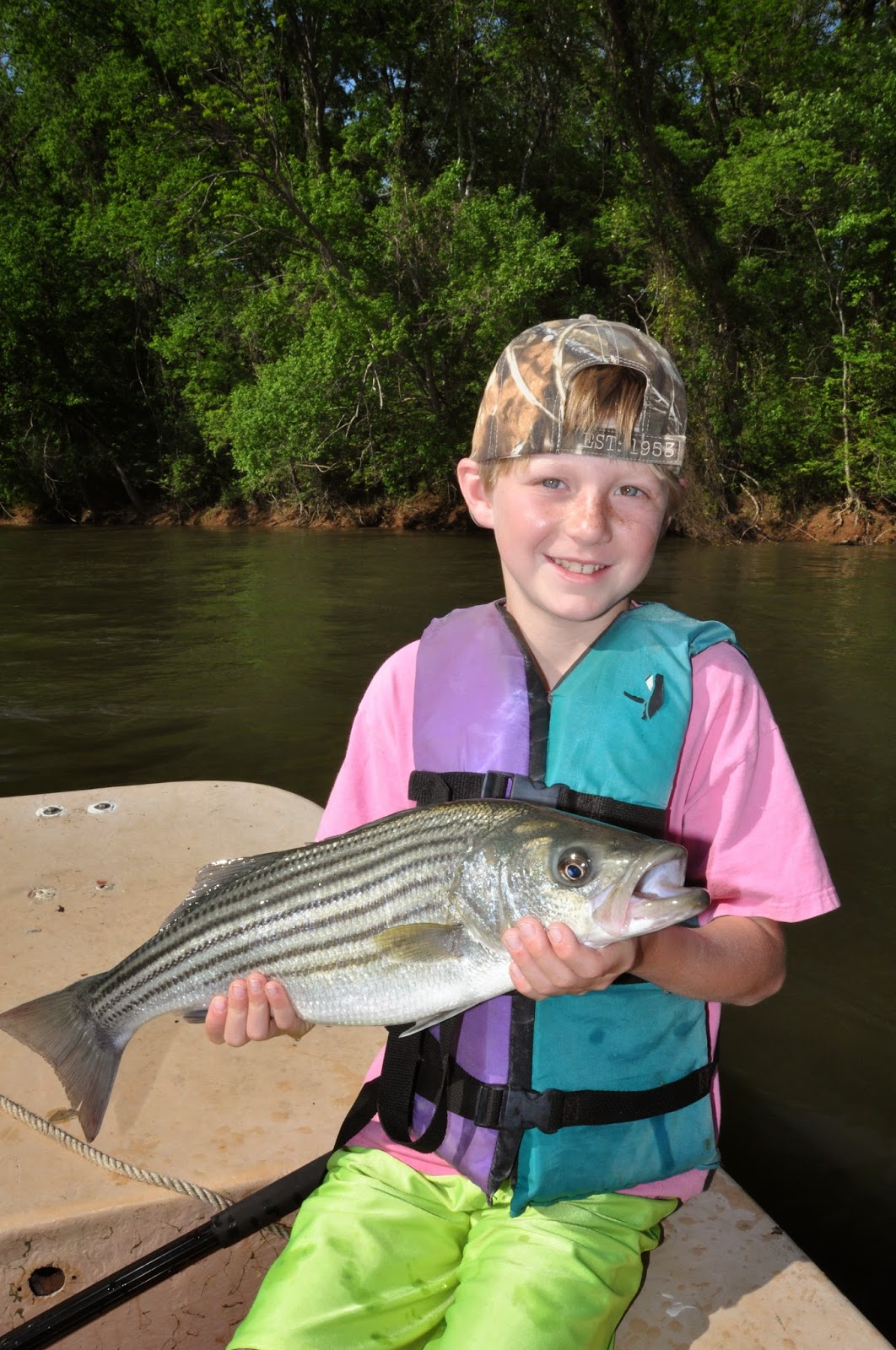 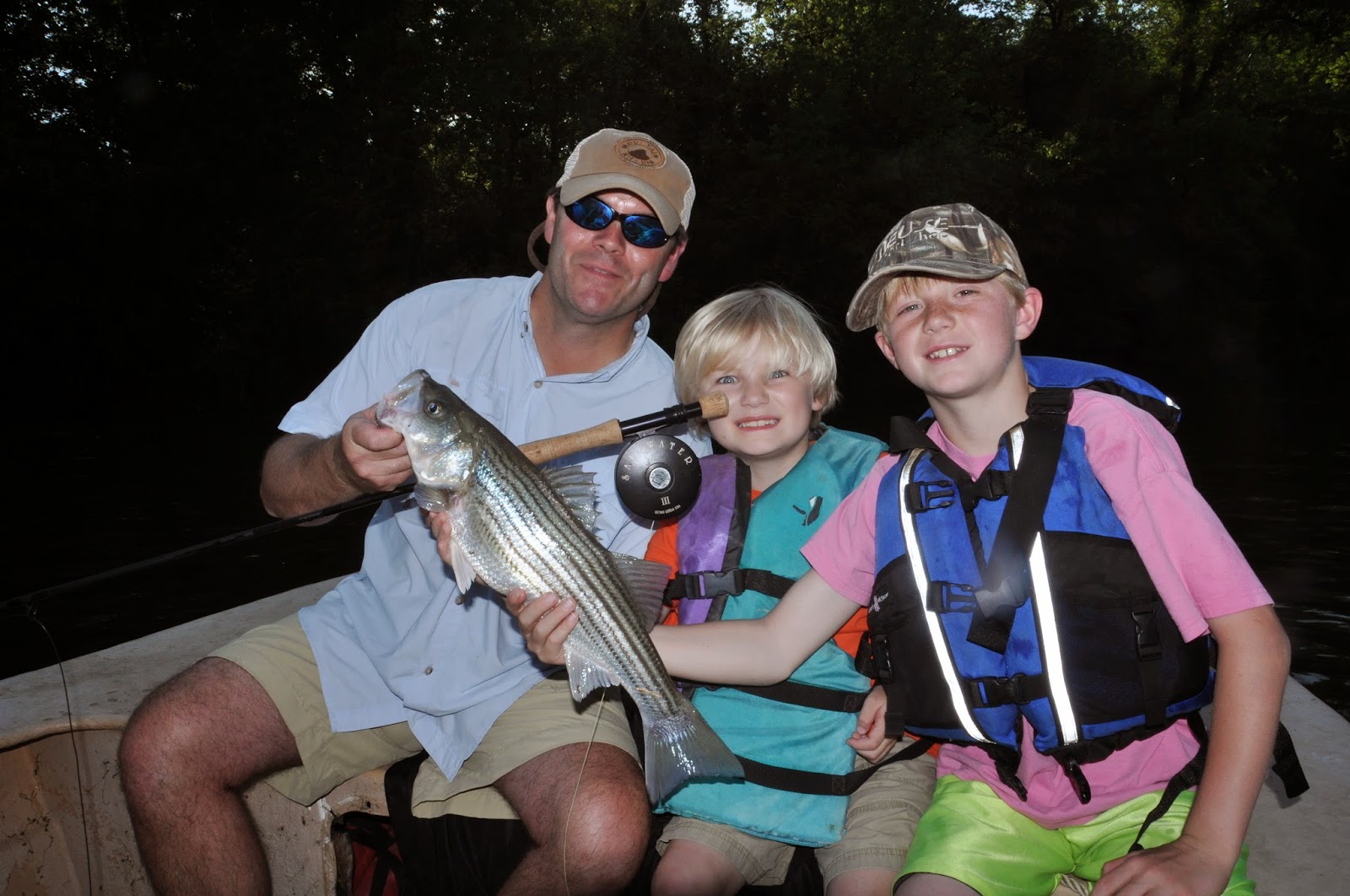 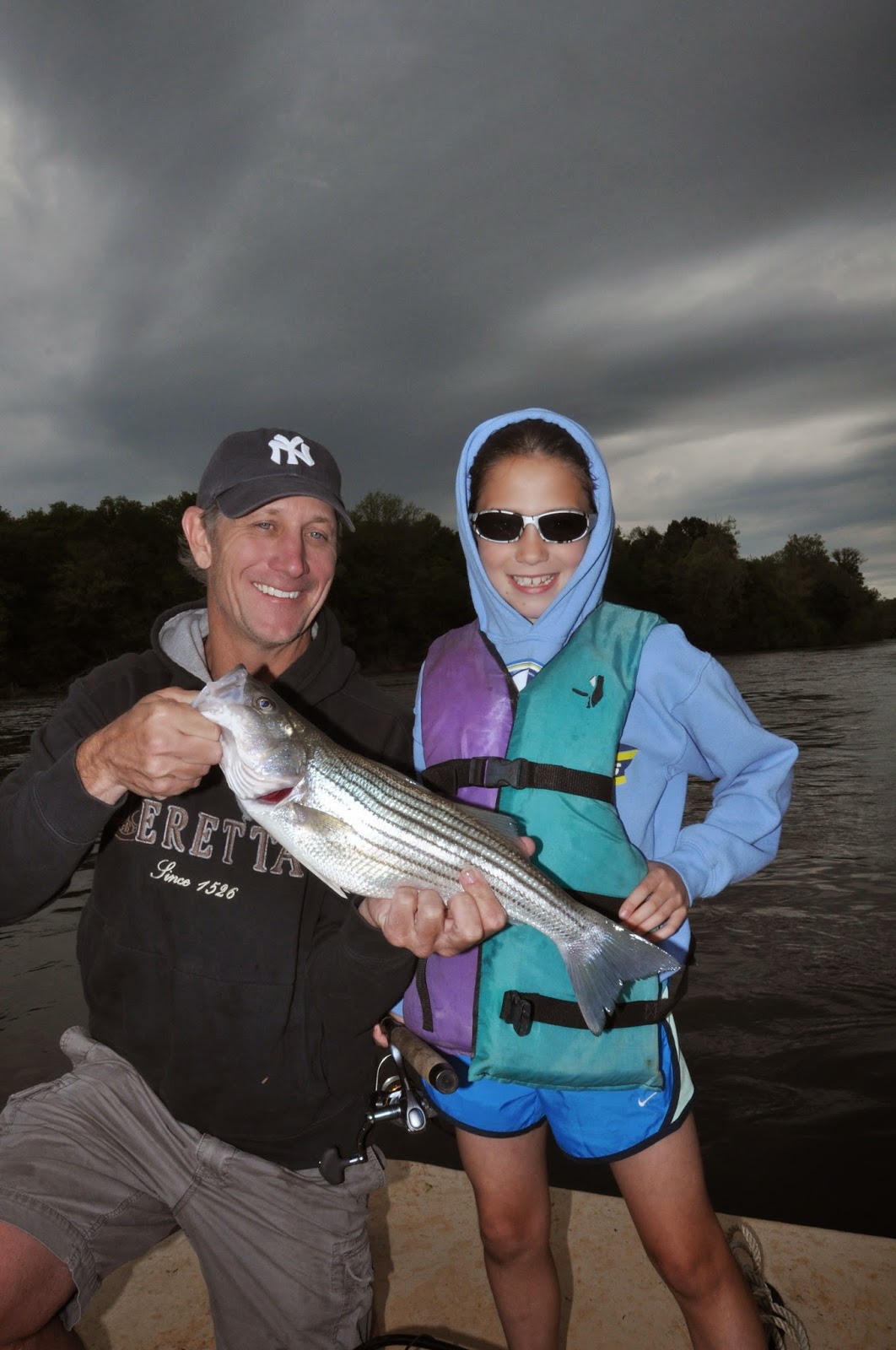 posted by Capt. George Beckwith at 9:35 AM