First drift this afternoon with Anna and Never Enough and we hook a double header, she jumps hers off, I catch mine…..can you believe this shit?   My first fish is a frigging sting ray, they are following me around! 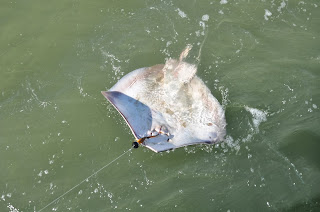 Things slowed and we charged out to the deep, found the sardines balled up by the tarpon.   Simply amazing.  First cast and I hooked……and lost…..4 tarpon.   That’s right, 4 jump offs on one cast!!!!    I settled down and started bowing to the king, caught one out of two on the next cast.   That’s right, 6 bites on two casts!!!!!  I now know how Henry caught 28 yesterday, although he’s caught some monsters this week, there is a huge mass of 30-40 pounders that are very hungry. 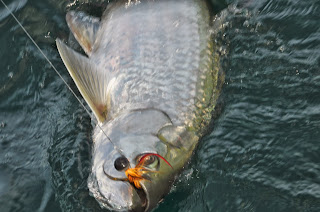 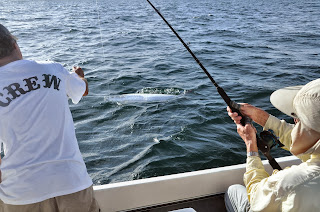 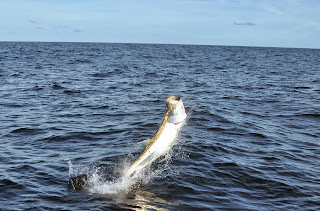 notice Anna’s hook up in the sky where the tarpon left it.   She was a bit frustrated at 0 for 6 before landing her next two in a row. 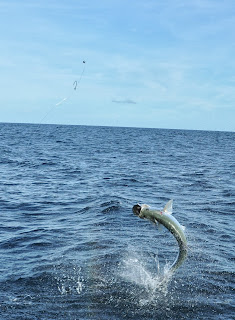 Jim seemed to be getting the bigger bites........good for him, I'll take the little guys 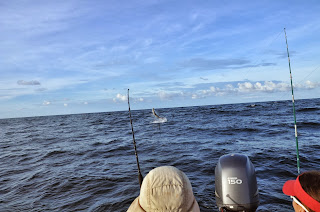 Anna and Jim doubled up again 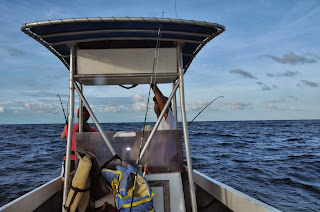 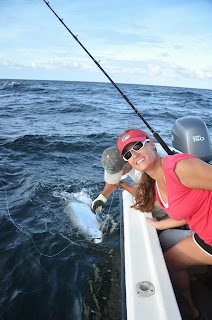