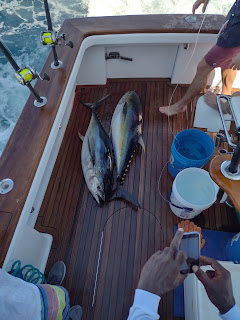 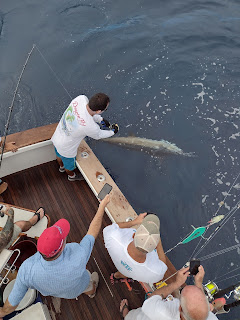 Our calendar is like playing "Whack A Mole"  .  Coronapanic cancellations and vaccine rebookings have given us very rare scattered openings during the peak season.

Great deals on conods, stay a week but only pay for 5 nights at reduced Green Season rates.

Seamount season is looking good, we are completely booked for seamount trips from mid-june through mid-August but we still have openings May/early June and later in August through mid-November which is typically the peak of our seamount season and opporutnity for double digit days on blue marlin.

posted by Capt. George Beckwith at 9:15 AM