He appreciated every one of them. Another loss of a great fisherman and friend

George,
Thank you for some epic trips. My dad really had some struggles the last couple of times that he fished with you, myself, Christian and Murphy. It was his dream to try to make it back to Cape Lookout to fish one last time. The last few years on him took its toll, especially the COPD. I just wanted to tell you that he always thought you were a stand-up guy. He thought a lot of you and loved to pick at you. Sometimes he was worried that he may have said the wrong thing and aggravated you. But if he hadn’t of liked and respected you he would not have picked at you. He appreciated how hard you worked to make a person on you boat have the experience of a life time. He told me many times after we had returned from a trip with you “ Do you know he did not stop all day long! He was continuously moving”. He caught the biggest fish of his life with you one evening. And so far it’s the biggest fish we have caught with you. He kept saying to me “ I caught the biggest fish, you didn’t catch one that big.” We started home the next morning and stopped in Bayboro to get some breakfast. He was messing with me about the fish he had caught. ( We were always picking at one another ) So I told him if I heard one more word about that damn fish that I was going to let him out of the truck and not even my mother could find him in the eastern part of the state. He acted like he zipped his mouth shut and hardly spoke from Bayboro to McCleansville. Which is just west Burlington, N.C. As soon as we walked into his house the first words out of his mouth to my mom was “ Honey, I did it again, I caught the biggest fish.” “ Someone had to show them how to catch fish.” In jest, “ I told him that I knew I should have left him on the side of the road.” Again I want to thank you for the memories. It’s been an honor and a privilege to fish with you through the years. He thought of you as a friend. It didn’t really matter about the fish, but it was the experience and the fellowship, the time that was spent out on the water. God bless you and Anna. May your seas be calm and your lines tight. Until I see you again my friend.
Thanks for all you’ve done,
Barry 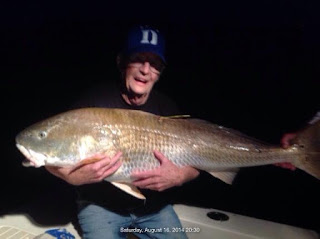 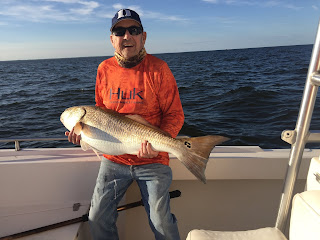