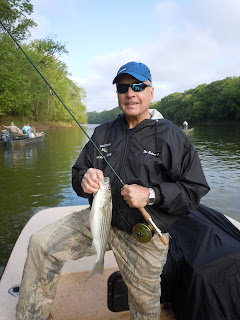 Capt. Joe Ward and Greg Voliva reported over 250 striped bass releases between their two boats this morning.
No jelly balls were harmed during the making of this photo and NO, Anna did not throw this cannon ball jelly/jelly ball/mushroom jelly or whatever you want to call it at me.   Maybe someone out there who has more time than I can submit it's common and scientific name......and if I've been telling lies.   I've been telling everyone that these jellies do not have stinging cells because they have evolved to the point that they do not need them.   The jellies are actually a host for an algae.....the red stuff, that produces sugars for the jellyfish which  swims along in the right conditions and water temps, up near the surface and the algae photosynthesizes and  feeds it.  When you hear of sea turtles eating jellyfish....this is it......I tried them and wasn't impressed......the jellyfish I mean, not the sea turtle..... 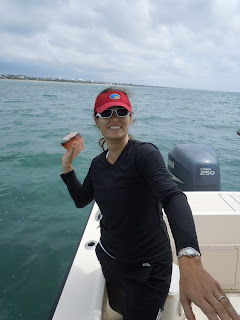 These are some pics from Capt. Gary Dubiel on a recent Neuse River trip.  He's getting what he needs as you can see from the big smiles. 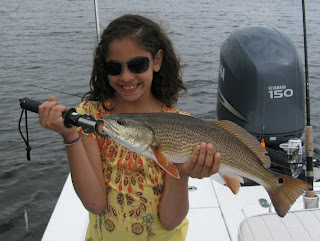 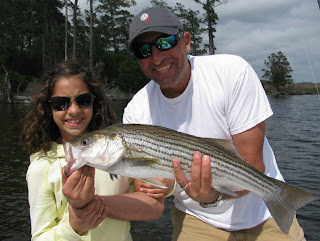 Put some meat in the box again today, 2 for 6 on a half day trip, including a 38 pounder.  At least they are getting a little bigger.   Also had a cool catch, we found a 10 pound triple tail hanging out around a white bag that was floating in the water.  This thing was albino white laying next to the bag.  Turned the typical green/brown color when we put him in the ice box.  Yum, Yum, Yum,   I took a side of him home and left the cobia for my customers. :)