Today was the first day of the big spawn………and they’re catching cobia at the coast. I’m torn between the two and making two round trips to MHC to get the best of both of them…….not sure if I’m coming or going, but we’re catching fish.


On the coast, Patrick and Rick Caton caught at least 8 cobia, Rick and Scott Austin even got into the big drum and another buddy caught black drum up to 70 pounds, plus the cobia. All site casting. It's killing me, but I can't complain about the day that we had on the Roanoke today. We hit triple digits on the fly AND on artificials and were half way there on topwater. 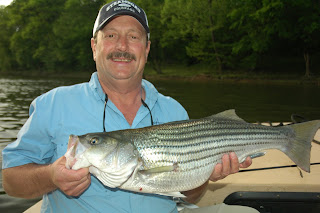 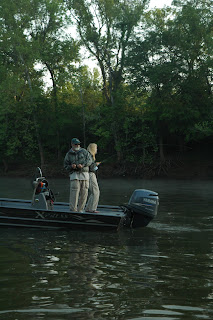 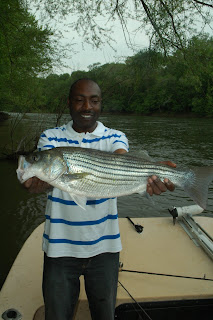 Today was epic on artificials, the bait guys had trouble getting them. The fish wanted it moving. Fly rod was best. Topwater bite was nothing less than EPIC this afternoon, but not with the spawning fish, the ones that we were getting were bigger females that wanted to eat.

And while we're talking about Good Stuff. Check this out: